Dortmund chief is a clown – Aubameyang 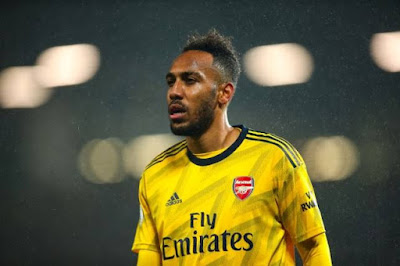 Arsenal’s Pierre-Emerick Aubameyang has taken to Twitter to hit back at claims that the Gabon striker only left Borussia Dortmund for money.

The claim was made by Dortmund chief executive Hans-Joachim Watzke in an interview for a German newspaper.

“Better for you I never talk about why I really left Dortmund Mr Watzke. You are such a clown,” Aubameyang tweeted.


“I remember that time you said we never gonna sell Ousmane [Dembele], then you saw more than £100m, you were the first to take that money.

Watzke had been talking about the future of England player Jadon Sancho, who is in his third season at Dortmund, when he made this pointed reference about his club’s former player.

He told Suddeutsche Zeitung: “Pierre-Emerick Aubameyang, who plays great at Arsenal, will probably be warm-hearted when he looks at his bank account, but on Wednesdays he will be saddened when he has to watch the Champions League on television.”

In his reply, Aubameyang referred to the departure of France forward Ousmane Dembele in the summer of 2017, who was sold from the German club to Barcelona for £135.5m.