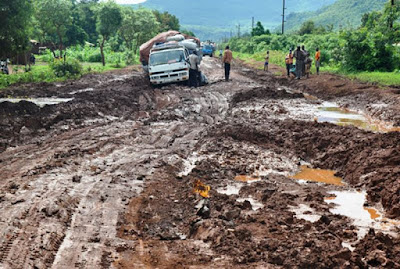 The governors of the South East and leaders from the zone on Thursday visited President Muhammadu Buhari and asked for a special fund for the rehabilitation of the Akanu Ibiam Airport in Enugu State.

The Chairman of the South-East Governors Forum and governor of Ebonyi State, Dave Umahi, in an interview with State House correspondents said they also sought for declaration of state of emergency on roads and erosion in the South East.

He said, “We are here to kindly urge Mr. President to approve special fund for the Akanu Ibiam Airport just like what was done for Abuja Airport.”

According to him, the closure of the Enugu airport has grounded activities in the region and causing great hardship on the people.


The deplorable South East roads, he said, have made the lives of the people miserable.

The meeting went into closed doors as journalists were asked to leave the Council Chamber before the President started his speech.

Among those at the meeting included the Secretary to the Government of the Federation, Boss Mustapha, Chief of Staff, Abba Kyari, and Minister of Information, Lai Mohammed.