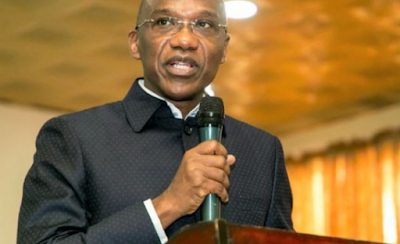 Ahmed Kuru, managing director of the Asset Management Corporation of Nigeria (AMCON), has asked the federal government to convert Arik Air to a national carrier.

Jude Nwauzor, AMCON spokesman, quoted Kuru to have said this on Monday when he appeared before the senate committee on banking, insurance and other financial institutions.

AMCON had taken over the airline in February 2017 owing to its failure to pay off its huge debt.

Kuru said the airline has enough facilities already and it would be better for the government to use it as a stepping stone.

This, he said, would save the government the extra cost of starting from scratch.

The federal government had commenced the Nigeria Air project in 2018 but it was suspended indefinitely by the federal executive council.

“Arik has enough aircraft and facilities that can be used to set up a new airline,” Kuru said.

“Even if the government wants to set up a national carrier to service just the domestic market, which currently has a lot of gap, it is possible with what Arik currently has.

“Today if you want to travel to Lagos from Abuja and you did not book your ticket two or three days earlier, the chances are that you may not get a seat, which tells us that there is a serious gap.

“To address the gap means that operators such as Slok Airlines and the likes may have to come back to Nigeria air space. But for them to come back, there needs to be a lot of aviation reforms, so that it will be attractive.”

He said the national assembly has a vital role to play to help the aviation industry.

“There is something the National Assembly should do to help the aviation industry. Why is it that there is no airline in Nigeria that has successfully existed for 10 years? We have successful businessmen in Nigeria, which tells you that what is happening in the aviation sector is a structural problem that needs to be addressed and I think the National Assembly has a role to play there,” he said.

“But having said that, the current state of the sector is not helping the operators, for instance the fees and charges they pay to different agencies regulators are too high. There are quite a lot of issues that I think when we sit down to address, we should be able to help the industry because it is very strategic to the development of the economy of Nigeria.”