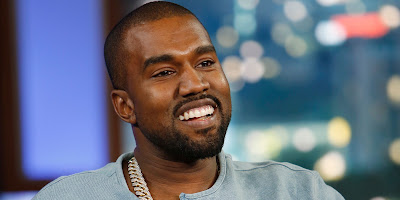 The Church of Satan’s tweet in reaction to Kanye West’s album, Jesus Is King, has generated a flurry tweets.

Kanye, who claims to now be born again, had released his new album titled, Jesus Is King, on Friday.

However, the Church of Satan, via its verified Twitter handle @ChurchofSatan had responded:

This phrase is a reference to a famous quote by the late founder of the Church of Satan, Anton Szandor LaVey, who said that “Satan has been the best friend the Church has ever had, as he has kept it in business all these years.”


This, in turn, is one of the nine Satanic statements written in the introductory chapters of The Satanic Bible, a Russian news outlet, Sputnik, says.

Kanye’s ninth album focuses on his relationship with God and his fight with the Devil, featuring peaceful but powerful rap/gospel songs.

The musician has recently embraced devout Christianity and has been performing outdoor Sunday Service concerts every week since January. He is reportedly never going to perform secular music again and will solely focus on gospels.

In an interview published this week, the rapper said he is “in complete service to God.”

Speaking to the Christian media outlet Apologia Studios last week, the rapper’s pastor, Adam Tyson, said that Kanye was on the verge of quitting rap at some point.

“I think he was already thinking about it a little bit, but I just definitely said, ‘Hey, bro. I think you need to use your talents that God’s given you and use that platform for God.’”

Church of Satan has since reacted to Sputnik, tweeting:


Making a joke on twitter is hardly a review of an album, and in no way an endorsement as this article suggests, but whatever. https://t.co/d1JsT2qqGO
— The Church Of Satan (@ChurchofSatan) October 27, 2019