Chioma was patient while I was recording my album- Davido 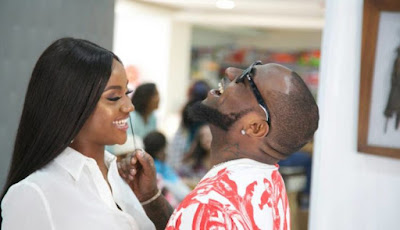 Nigerian pop star, Davido has showered praises on his wife to be, Chioma Rowland for being patient with him while he was recording his new album.

In a statement on Twitter late Friday, the revered pop star acknowledged Chioma and his crew for making the album possible.

According to him: “Special thanks to God for the grace to finish this project. Second I’d like to thank Chioma my beautiful wife to be. Thank you so much for tolerating me especially through the past 9 months. I recorded most of this album during your pregnancy. You’ve been so patient. I love you,” he said.

“Thank you Dremo, Selebobo and Josh for your engineering expertise on this masterpiece. Thank you Lati for picking up all these calls! The rest of the team Banko, Special, ECool, Wale Kwame and of course my super producers Kiddominant and Shizzi for overseeing this project!” he added.