Can a cabal that is against Aisha Buhari be for the president? 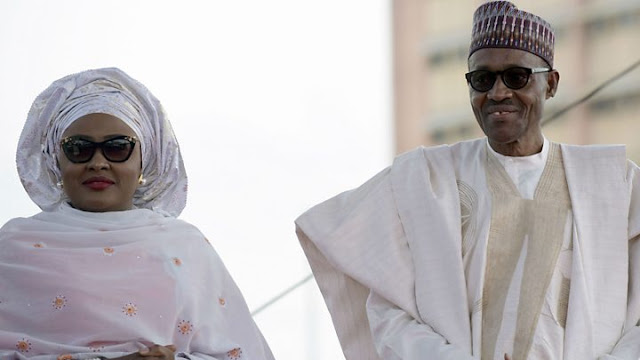 I have always assumed that ‘’the cabal’’ or the kitchen cabinet in any administration exists at the pleasure of the president or the leadership; hence members of this clique owe him and everything that comes with him, unsoiled loyalty.

My assumption was underpinned by some classical examples. In 2010, the kitchen cabinet was Turai Yar’Adua’s bulwark when the late President Umaru Musa Yar’Adua was in a vegetative state. In fact, the first lady was the head of that cabal which went overboard in seeking to hold on to power.

In Taraba state in 2013, a reprise of the Yar’Adua saga happened with Danbaba Suntai, who became impaired after an air crash, and whose wife in cahoots with the cabal in the state puppeteered until the end of his term.

Also, I recall that allusions of ‘’cabal honcho’’ were made to the late Stella Obasanjo, whom former President Olusegun Obasanjo described as a ‘’sage’’.

Really, perhaps in my ignorance, I have never imagined that a cabal will be crossed with someone so close to the president like his wife on this path where sycophancy is an art. The upshots at the presidency have caused a digital switch-over to my ‘’analogue’’ thinking.

The president and his wife are one by dint of marriage. In fact, she should naturally be his biggest influencer; whispering sweet ‘’nothings and somethings’’ in his ear during pillow talk.

I have read the interview of Fatima Mamman Daura, daughter of Mamman Daura, President Muhammadu Buhari’s nephew and confidant, where she admitted leaking a video recording showing Aisha Buhari in a fit of rage, and alleged she attacked them.

I have also read the first lady’s response to the accusations. But how did things go off the deep end, to the point of violence and breaking doors? It is obvious there is internecine acrimony at the presidency.

But does this family feud affect governance? Yes and no. Yes, because the president naturally will be distracted; instead of concentrating on putting out the fire in the country, he will have to spare time quenching the inferno in his ‘’parlour’’. And no, because governance is already at an abysmal level so what could get worse?

This brings me to the concept of the kitchen cabinet or cabalism. Though, it was a term that was first used to describe the collection of unofficial advisers President Andrew Jackson of the United States consulted in parallel to the United States cabinet, ‘’the cabal’’ in Nigeria is an extraordinary institution.

The cabal is the second “organ” of government; after the executive, then the cabal. The legislature comes next, then the judiciary, in that order.

If may add again, the kitchen cabinet is the oxygen of the government of the day in Nigeria. It is that unconstitutional organ on which the decisions of the president pivot.

As a matter of fact, citizens can locate the fount of the bad policies that come from the government if they look a bit closer – at the cabal. A government that has no head to bear its own mysteries will be in the thrall of the cabal.

Really, the overwhelming influence of the kitchen cabinet on the government is symptomatic of irresponsible leadership. Vice-President Yemi Osinbajo is stewing in his own juice at the presidency for reportedly sacking Lawal Daura as director-general of the Department of State Services (DSS), a principal officer of the cabal whom Mamman Daura brought into the government.