7:08 AM CuteNaija 1 Latest News in Nigeria 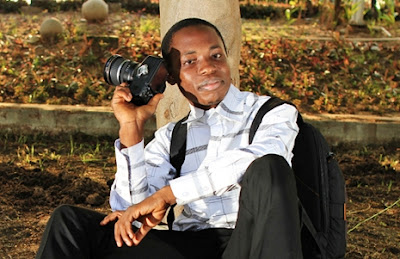 The Chief Official Photographer to the President, Bayo Omoboriowo, in appreciation of God’s blessings, has started giving back to the society.

His state governor, Dr. Kayode Fayemi of Ekiti State, has inaugurated some blocks of classrooms renovated and equipped by Omoboriowo at Ijero High School in Ekiti State.

The ceremony was attended by first class traditional rulers, community and political leaders in the state.

Speaking with newsmen on the occasion, Omoboriowo said he was compelled to give back to the society, especially students, because God had favoured him by giving him the privilege to work with President Muhammadu Buhari.

Apart from the massive renovation he carried out through his Bayo Omoboriowo Foundation in Ijero High School, he empowered students in his hometown with 1000 fully loaded school bags and writing materials.

“Bayo Omoboriowo Foundation was birthed as a response to one man’s unwavering desire to continually seek improvements in the general well-being of not just himself, but his immediate environment and society at large,” he said.

Fayemi, who is also the chairman, Nigeria Governors’ Forum (NGF), called on all indigenes of the state to emulate the philanthropic gestures of Omoboriowo.

He also urged those who are well to do in the state to join hands with his administration to develop Ekiti, adding that the task of development could not be left to the government alone.

Fayemi said: “This state belongs to all of us. You know what they say about a village bringing up a child and taking a community to build a state.

“So, what Bayo (Omoboriowo) has done is exemplary and I think that other public-spirited Ekiti sons and daughters, Ekiti residents, Ekiti lovers should also consider and do within their own various areas of jurisdiction.

“Bayo is not a school teacher, but he was brought up by teachers and that is why he felt he needed to give back and went to Kabiyesi to discuss the possibility of giving back to schools in the society.

“I see a lot of alumni associations doing that; they are all contributing their quota. But individuals can also adopt a school.”