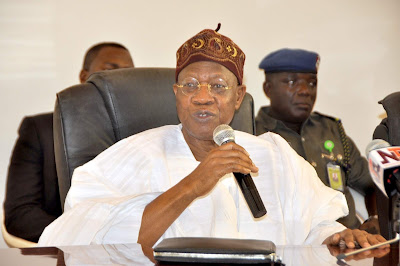 Lai Mohammed, minister of information and culture, says the administration of President Muhammadu Buhari does not play politics with the security and welfare of citizens.

Mohammed said this on Tuesday at a town-hall meeting on security in Katsina state.

The minister said since the inception of the meeting, this was the first time governors who are members of the Peoples Democratic Party – Aminu Tambuwal (Sokoto) and Bello Mattawale (Zamfara) – are attending the event.

He said the presence of the governors show their commitment to the nation.

“Today’s town hall meeting is very unique. Since we started in 2016, this is the first time that we are having governors from the APC and the PDP as panelists,” Mohammed said.

“This is first a testimony to the fact that this federal government does not play politics with the security and welfare of citizens and, secondly, a reflection of the patriotism, commitment and nationalism of the governors, irrespective of their party affiliations.”

The minister said the progress the government has recorded in combating insecurity “has not made the kind of headlines that the security challenges were making at their peak”.

“It has therefore become imperative for the federal government, working with the affected states, to provide a platform for the governors of the front-line states to highlight the successes they have achieved in their various states in tackling these cases of insecurity, as well as for relevant federal government ministers to highlight the efforts that have helped to drastically reduce the level of insecurity in the north-west,” he said.

“Thanks to the unrelenting efforts of the federal government as well as the determination and innovative efforts of the governments of the affected states, there has been a remarkable improvement, and peace and security are gradually returning to the worst-hit states.”