Buhari speaks on UNILAG scandal, asks victims of sex abuse to speak up 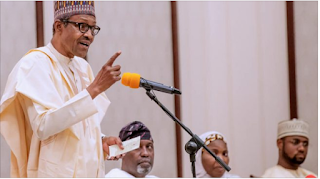 In a statement on Friday, Garba Shehu, presidential spokesman, said Buhari is happy that the video documentary released by the BBC Africa Eye exposed some lecturers in the University of Lagos.

After the documentary was released, the national assembly reintroduced the sexual harassment prohibition bill.

Buhari said his administration will support the bill as long as it is in line with the constitution.

“The country must do more to address incidents of sexual violence, sexual abuses in our schools, discrimination, human trafficking and cultural practices that violate women’s rights,” he said.

The president urged victims of sexual abuse to report cases whenever they occur.

He said survivors and their families should prevent covering up such acts.

“Survivors and their families must avoid cover up. They should be encouraged to come forth and report cases of abuses wherever and whenever they occur,” he said.

The University of Lagos has suspended two of its lecturers exposed in the documentary.