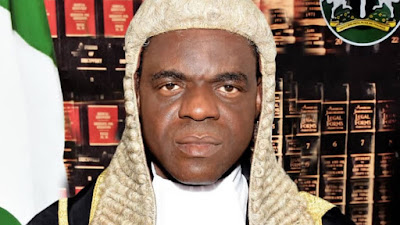 The nomination was contained in a letter from the president, which was read on the floor of the Senate on Tuesday.

In the letter, the president asked the red chambers to confirm the appointment of the acting CJ.

After the letter was read, the Senate President Ahmad Lawan referred it to the Committee on Judiciary and Legal Matters.


The committee is expected to report in a week.

Tsoho was sworn in as the acting CJ of the Federal High Court on Friday, July 26, 2019, by the Chief Justice of Nigeria, Justice Tanko Muhammad.

Also, Buhari asked the Senate to confirm the appointment of  Justice Benedict Bakwaph Kanyip as President of National Industrial Court of Nigeria.