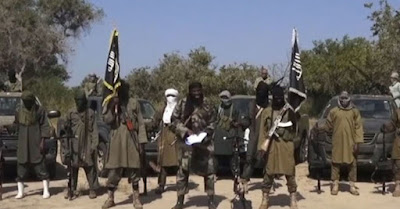 This follows last week’s engagement of Imams from Saudi Arabia to pray against the continued attack by Boko Haram on the state.

Recall that Zulum hired several Imams who reside in Saudi Arabia to wage spiritual wars against the deadly insurgent.

Meanwhile, in another fresh report published by an online newspaper, TheCableng, Zulum, a professor of engineering, has become apprehensive over the resurgence of Boko Haram in his state despite the efforts of the military.


A source familiar with the secret recruitment said the governor may have decided to try unconventional means to supplement efforts of the military.

It was learnt that the recruitment was intensified in the last two weeks with the traditional hunters armed and administered the oath of allegiance, using the Qur’an, Islam’s most sacred book.

The hunters are largely Muslims.

Although the state government has been recruiting thousands of local hunters, vigilantes and the civilian JTF for years, they were volunteers from Borno.

“This is the first time outsiders have been engaged,” the source said.

“They are being brought into Borno in batches, often during the night in order to evade public attention.”

The source said: “The special hunters are being identified from all parts of the Northeast and Northwest, in particular, and engaged by a team of trusted aides assigned by Governor Zulum.”

He also increased monthly allowances of thousands of existing volunteers under the civilian JTF.

He immediately acquired 160 patrol vehicles and surveillance gadgets which he distributed to the fighters he inherited.