BBNaija: Tacha opens up on what happend at the diary room during fight with Mercy (VIDEO) 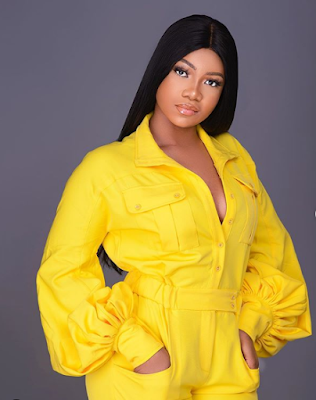 Big Brother Naija, BBNaija, Season 4 winner, Tacha, has revealed what transpired at the diary room after her fight with Mercy.

Recall that Big Brother had disqualified Tacha over acts of provocation and violence.

Tacha was sent out following her face-off with Mercy which saw both housemates hurling insults at each other.

But speaking in an interview with Coolfm on Wednesday, Tacha said Biggie called her into the diary room but did not tell her anything.

She said, ”The Morning When Biggie called me to the Diary room, I was just sitting there. There was not any talk from him.

”I just sat down on the couch for a while then later, I left and then, I came out from the room and Mercy was still talking’.’

Tacha, however, added that she and Mercy are cool and that she is a better person.