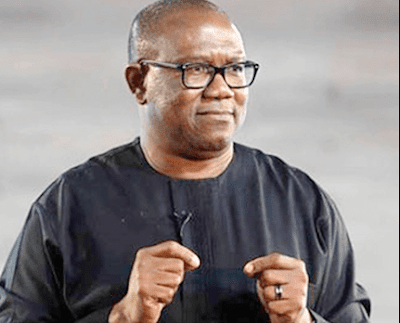 Recall that on Wednesday that the apex court on Wednesday dismissed the appeal of the PDP and Atiku against the APC and President Buhari.

Obi said the concern of all discerning minds from the outcome of the supreme court ruling on the appeal against the election result should be on its effect in our society.

Obi, in a statement, said that the issue really is not about the parties or the candidates but about our society and what we are bequeathing to our children.

The VP candidate, who was the former Governor of Anambra state said that “the candidate and the party decided to approach the court after the election because they were sufficiently convinced that what was declared by INEC did not reflect the vote cast by a majority of Nigerians.

“The issue here is not about the candidates or the party, it’s about democracy and our society”

Obi finally commended Nigerians for their commitment to PDP and to democracy and urged them not to relent. he also commended the legal team for all their efforts that would undoubtedly enrich the nation’s jurisprudence.