7:42 AM CuteNaija 0 Latest News in Nigeria 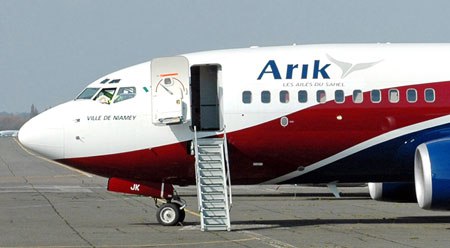 Minister of Aviation, Hadi Sirika, disclosed this while briefing State House correspondents after the FEC meeting at the Presidential Villa, Abuja.

“The second memorandum is for the fencing and perimeter road for the Port Harcourt International Airport.


“This project was abandoned since 2011, and of course, in response to the philosophy of President Muhammadu Buhari to complete all abandoned projects and ongoing projects, this safety, security critical item, we felt needs to be completed.

“Variation was brought to council; it has been approved earlier; the variation is in the sum of N271.8 million; this of course jacked up the contract sum to N2.97 billion and the new completion period of six months.

“The perimeter fence is understood I hope; and the then road is the road that goes around the perimeter to allow for surveillance.

“It will allow for monitoring of the fence integrity and also for additional security; to be able to go round the circumference of the airport for improved security and safety operations.’’

Sirika had earlier said that the council made an approval of N574.3 million for insurance and special risk for the assets in Nigerian College of Aviation Technology, Zaria.

He said it included the personnel that would be operating the machines.

“Yearly payments will be made in accordance with the extant laws and regulations,’’ he said

The minister, while responding to questions, made clarifications on the status of Arik air with regards to intended national carrier.

He said that there was need to understand the standpoint of the Ministry of Aviation on the issue.

Sirika said that the carrier that he intended to bring was such a carrier that would support national economy with 450 million dollar GDP for 200million people, very equipped to compete favourably.

According to him, 80 per cent of international airlines that have dominated Africa are non-African.

“In view of the AU Agenda 2063, the Single African Aviation Market, we thought that there will be an airline that will take up that challenge; that will take advantage of it and be able to provide services to our people.

“Nigeria, being the first country to kick-start the declaration in 1999, to establish a one common market in Africa; at the time, we wanted to take advantage of the Nigeria Airways which was the strongest airline on the continent, and we thought that we could take advantage of that and it would pay Nigeria very well.

“Tables turned, decisions were reversed and now, Nigeria was unlucky to have an airline that can participate in that manner.

“So, the answer to your question is that Arik, as presently constituted, is not in line with the thinking of the ministry.

“It will not be able to give us that airline that we need; however, Arik as an entity is private-sector driven. One can either buy shares in the new venture or invest in any manner in the business as presently approved,” he said.

The minister said that he was not implying that other airlines would go down when a national carrier came on board as it was the ministry’s duty to support business in the sector.