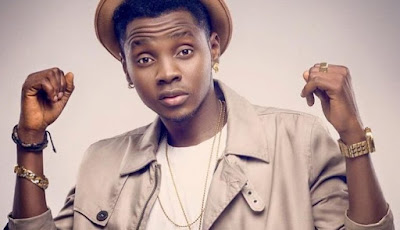 The statement reads in part:”Kindly note that anyone who deals with the artiste irrespective of this notice, does so at his own peril, is likely to incur huge liabilities as they may be liable  for contributory  infringement of the label ‘s intellectual property rights”.


The Chief Executive Officer of the Label, Mr. Festus Ehimare, has said that the essence of the legal actions is to enjoin Nigerian Artistes, to inculcate a habit whereby they respect the sanctity of contracts, as opposed to playing victims once they realize they have breached the terms of a valid and legally binding contract, as a result of their hurried exit after becoming famous and in-demand. He further advised upcoming artistes to refrain from the practice of administering medicine after death and urged them to ensure that they uphold the terms of their recording contract in good faith. 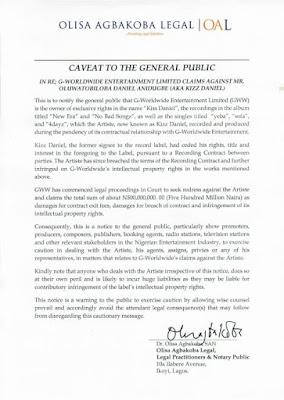