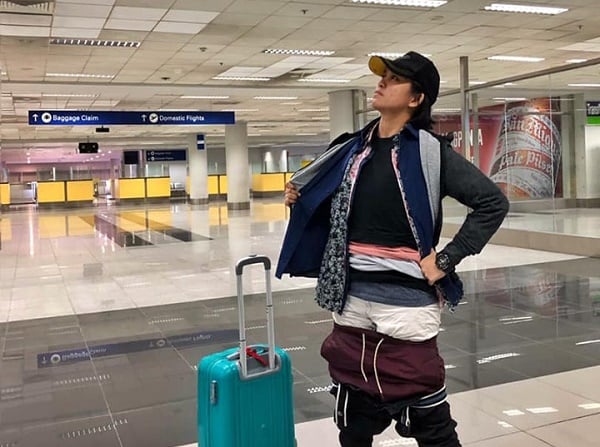 A young Filipino traveller has gone extra mile to avoid paying for extra baggage on a flight by wearing at least 2.5kg of her clothing.

Upon arriving at the check-in counter at the airport, Gel Rodriguez, from the Philippines, was informed by a staff of the airline that her hand luggage was 9kg — which was quite a bit over the weight allowance of 7kg — and she would need to pay a fee.

Gel, who appeared unwilling to part ways with some cash, opted to wear many of the clothes she had packed to bring down her suitcase’s weight to 6.5kg.

Clearly excited about the feat, she took to her Facebook page to share a hilarious photo of herself boldly standing in the airport while wearing around five pairs of pants and multiple T-shirts and jackets.

“From 9kg to 6.5kg baggage,” Gel wrote, adding a laughing emoji, along with the hashtag #ExcessBaggageChallengeAccepted.


The photo has since been shared more than 20,000 times and also inundated with comments from users who hailed her for the money saving stunt.

“I didn’t want to pay the fee for the excess baggage because it was only 2 kilograms (4.4 lbs),” she told VICE.

Gel also said that she was shocked that the post went viral.

“If I had known it would go viral, I would have posed better,” she joked.