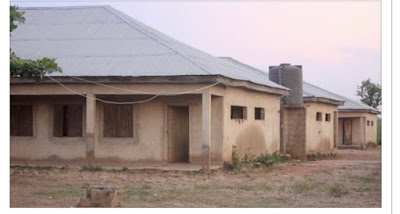 Abductors of the six female students and two staff of Engravers College (pictured), Kakau Daji, Chikun local government area of Kaduna state have demanded a N50 million ransom.
The students and the staff were abducted from the school in the early hours of Thursday.
One of the two security guards on ground was said to have been shot when he attempted to fire at the suspects.
A member of staff of the school said the captors called around 7pm on Thursday to make known their demand.


“Yesterday in the evening, a call came in and the caller said we should pay N50 million for the release of the students and the two staff that they kidnapped,” he said.
“But we pleaded with them that things are hard and we don’t have that kind of money. They also said things are also hard for them.

When contacted, Yakubu Sabo, spokesman of the Kaduna state police command, said the police had mobilised a manhunt for the “criminals with the aim of apprehending them and rescuing the victims”.


Meanwhile parents have since evacuated their children from the school.
But Samuel Amamchukwu, director of the school, said the college was closed for two weeks as academic activities could not continue while the six students and two staff are in captivity.
The school, according to Funom Giwa, vice principal (administration), was established in 2004 and had graduated 10 sets of students.
“Operations are still going on, out men are still in the bush, we are trailing them, it is a combine efforts” he said.


He added that a combined team of police mobile force, anti-kidnapping squad, SARS and operatives of Operation Puff Adder were on the trail of the suspects.