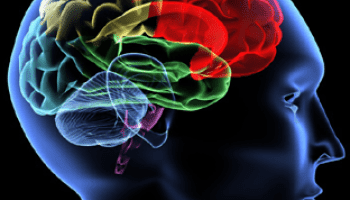 The Chief Medical Director (CMD) of Federal Neuro Psychiatric Hospital in Maiduguri, the Borno State capital, Dr Ibrahim Wakawa, has said at least 50 million Nigerians are believed to be suffering from mental disorders.

Wakawa alerted nemswen to the problem yesterday at the unveiling of the Borno State Government Mental Health Strategic Implementation Plan in Maiduguri.

Represented by Dr Ibrahim Mshelia, a mental health consultant at the hospital, Wakawa attributed the nation’s high mental disorders burden to insurgency, lack of awareness and health facilities to handle such cases.

The CMD said studies had shown that one among four Nigerians was suffering from mental or psychosocial, traumatic health problems. He explained that the hospital was providing healthcare services to about 30 million people in the Northeast and other regions in the country.


“At least, 60 per cent of people attending primary health care have mental disorder.

“Effective treatment and management of mental health can be delivered in primary health care,” Wakawa said.

The CMD hailed the government for setting up mechanism at making mental health affordable and accessible to all.

The Emergency Manager at the World Health Organisation (WHO) in Nigeria, Dr Owili Collins, said the organisation was working with the state and Federal governments to improve mental health through various interventions.

Represented by Mr Isaac Bwatin, a WHO Mental Health Officer, Collings said the organisation had trained 154 primary healthcare workers on common signs of mental illness in order to provide humanitarian services to the persons displaced by Boko Haram insurgency. He noted that WHO had received grant from the European Union to upgrade and rehabilitate the Federal Neuro Psychiatric Hospital in Maiduguri to enhance quality of services to the people.

“WHO is working on a long-term plan with the Borno State and Federal governments to transform mental healthcare in the country through the implementation of the plan and interventions within the framework,” he said.

He regretted that the horror lost, uncertainty and experience related to displacement and loss of livelihood had made people to have mental health.

“The insurgency in the North-East has resulted large volume of populations to develop mental illness,” Collings said.

“IOM is committed to continue providing service in line with the framework to minimise the stigma and discrimination against persons affected by mental health as well as to promote prospect to human dignity,” she said.

Borno State Commissioner for Health and Humanitarian Services, Mr Salisu Kwaya-Bura, said the gesture was designed to provide mental service centres with a view to achieving basic healthcare services to all citizens in the state.

Represented by the ministry’s Permanent Secretary, Mr Ibrahim Kidah, the commissioner said the state government had scaled up mental health since 2017.

“The implementation plan provides elaborate strategies with emphasis to integration of mental health service at all levels. Mental disorder, treatment and rehabilitation,” he said.