6:45 AM CuteNaija 0 Latest News in Nigeria 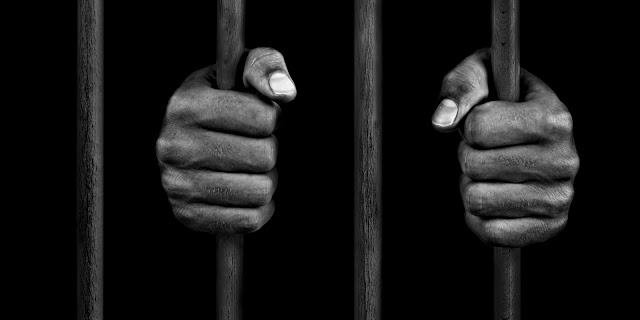 The Nigerian Correctional Service has said 25 of the 122 inmates who escaped from the Medium Security Custodial Centre, Koton Karfe, Kogi State, after a section of the centre was overrun by flood following a downpour in the town on Monday have been recaptured.

However, the NCS said 97 of them were still missing.

Meanwhile, the Federal Government has ordered the armed forces, police and Nigeria Security and Civil Defence Corps to recapture the fleeing inmates.

The NCS Controller-General, Ja’afaru Ahmed, who visited the centre for an on-the-spot assessment on Tuesday, said 122 of the 227 inmates took advantage of the situation to escape, but 25 had been rearrested.

According to a statement by the NCS, the CG appealed to the public to provide “useful intelligence that will facilitate swift recapture of the fleeing inmates”.

Ahmed said, “As a result of the flooding of Koton Karfe and its environs, the inmates of the Medium Security Custodial Centre, including those so far recaptured, have been evacuated and no life was lost in the incident.

“The CG gave the evacuation order when he visited the centre for an on-the-spot assessment. At the time of the incident, the facility had a total of 227 inmates. While 122 used the opportunity to escape, 105 of them stayed back. However, 25 of the escapees have been recaptured, leaving 97 still at large.

“The efforts of the government and people of Kogi State including the Nigerian Army, Nigerian Navy, Nigeria Police, the Nigeria Security and Civil Defence Corps and the local vigilantes in assisting the NCS to carry out search-and-rescue operation is highly appreciated.

“While assuring the safety of inmates in other facilities in the state and indeed other parts of the country, the CG wishes to appeal to the public to provide useful intelligence that will facilitate swift recapture of the fleeing inmates.”