Xenophobia as a symptom for deepening hunger in Africa!, By Henry Boyo 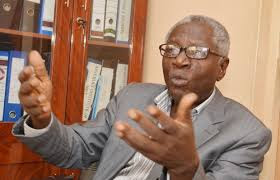 The latest, widespread, currency of the word, Xenophobia, is, arguably, instigated by media reports in September, 2019, of the looting and burning, of several shops, allegedly, owned in South Africa, by foreign nationals, primarily, from Nigeria, Zimbabwe, Somalia and Ethiopia.

Incidentally, xenophobia is defined as “dislike of, or, prejudice against people from other countries;” indeed, the rampage is the latest of similar attacks which date back, to 1994, when such incidents were first reported against Mozambican and Congolese immigrants in South Africa. Notably, after majority rule in 1994, at least 67 people, according to Wikipedia, were reportedly killed in xenophobic attacks between 2000-2008.

Similar attacks were reported also in October 2015, when Local Taxi Drivers attacked shops owned by Pakistani, Somali, Bangladeshi and Ethiopian residents of Grahams Town. The attacks were, apparently, the product of a rumour that insinuated that foreigners were responsible for the rampant murders in the land! Curiously, Ward Councilors, in the Makana municipality also demanded in February 2017; that foreigners should not be given platforms to have their own shops, while, an officially sanctioned, anti-immigrant protest was held in Pretoria, the protesters “accused immigrants of taking jobs from South Africans and also causing crime!” Other protesters also complained that foreigners, particularly Nigerians, were arrogant and “don’t” also “know how to talk to people!”

Cyril Ramaphosa, the South African President, has also been blamed for stoking fears of xenophobia when he promised to crackdown on undocumented foreigners involved in criminal activities, during the run-up to the March 2019 elections!


Ultimately, in September 1st 2019, following the death of a Taxi Driver, riots and looting, targeting immigrants’ shops, broke out in Johannesburg. About 50 businesses, predominantly, owned by African immigrants were, reportedly destroyed or damaged.

The preceding narrative, possibly, confirms that criminal attacks on innocent African immigrants are not new in South Africa.

Conversely, the Authorities have, seemingly condoned such incidents, sometimes, with the Police knowingly looking the other way, while Senior Government Officials, make uncomplimentary insinuations, which could fuel the intensity of such attacks. For example, in September 2019, the South African Small Business Development Minister, Lindiwe Zulu, asserted that “foreign business owners had an advantage over their South African counterparts because of marginalization under apartheid;” according to Zulu, “they (immigrant businesses) cannot barricade themselves and not share their ‘trade secrets’ with local business owners.”

Nevertheless, a case study by Vanya Gastrow, a Researcher, from the “African Centre for Migration”, in Johannesburg, suggests that “most small foreign retailers set a low mark-up to make a high turnover; furthermore, they also locate their businesses, in higher traffic pedestrian areas, and open their shops early and close late; additionally, they also have a wide product range!”

Regrettably, however, the efforts of security forces to protect immigrants, remain unconvincing, and have certainly failed to diffuse, the possibility, of fresh attacks.

However, the latest xenophobic attacks on African immigrants, particularly, from, Nigeria, Zambia, Zimbabwe and the DRC in September 2019, have probably, evoked much more emotion, with frenzied diplomatic scuttling to calm the storm. Curiously, the S.A. Authorities have, as usual, adopted the deflective denial, that these attacks were more crime-related, than allegations of xenophobia. Indeed, despite the evident, robust, contributions of eminently qualified Nigerian professionals in Health, business and Higher Educational Institutions, in South Africa, Nigerian immigrants, have been largely, unfairly, blanket labeled as drug dealers, human traffickers and scammers.

Ultimately, the fear of further persecution, has forced about 640 Nigerians, to choose to hurriedly return home. On September 11, 2019, the first batch of about 170 immigrants, arrived in Lagos, courtesy of AIR PEACE. Curiously, however, South African Officials have, insisted that Nigerian evacuees without approved immigration status, would be profiled, and possibly prosecuted before they can return home, while those with valid visas, have their visas withdrawn before departure!

Although the Nigerian Government has demanded compensation from South Africa, for these unfortunate victims of xenophobia, no value has so far been mentioned.

Nonetheless, in sporadic reprisal attacks, ubiquitous Area Boys, also looted perceived, South African, business interests in Lagos and Abuja. Ironically, the damages on these properties were, ultimately, self-inflicted, as the Nigerian tenants and shareholders of such South African franchises, invariably, suffered heavy losses, and it is not clear how these innocent bystanders will ultimately be compensated! In contrast to the reported lukewarm responses of South African Police to xenophobic attacks, the quick, and robust response of the Nigeria Security Forces, may have significantly curtailed the damage caused from reprisal attacks in Nigeria.

However, Nigerians cannot be sanctimonious about the bane of xenophobia, as, hundreds of thousands of Ghanaian immigrants were, also, summarily ordered, by the directive of President Shehu Shagari, in January 1983, to leave Nigeria, for political considerations, allegedly, relating to the imminent elections, later in August 1983. In retrospect, during that exercise, the immigrants were not unduly molested and their properties were not also brazenly looted by ubiquitous city miscreants, as the Nigerian economy remained fairly buoyant!

Similarly, Nigerian traders in Ghana, who controlled the country’s retail trade, from the, centrally located, popular Makola Market, in 1969, were ordered to leave, even after these Nigerian and their families had lived, for decades in the then Gold Coast!

Incidentally, 50 years, thereafter, it is déjà vu, as Nigerian traders, in Kumasi, Ghana, have lately (2019) endured pressure to close their shops and return to their homeland.

Predictably, from the preceding series of repatriation of African immigrants, the possibility of repetition of such trauma, in another African context, cannot be ruled out! It seems in congruent, however, that often 42 African Countries, including, Nigeria, endorsed a protocol, to facilitate free trade within Africa, the critical issue of “free movement of peoples,” across erstwhile colonial boundaries, appears frozen. Surely, if you want free access to my market and resources, you should also welcome my family, when we are in need; after all, that presumably is also the ultimate goal of the quest for an African Union, just like the European Union!

Remarkably, older Nigerian citizens still recall the compulsory ‘voluntary’ levies, which were automatically deducted from individual salaries in both the public and private sectors, as contributions towards bringing down the evil rule of Apartheid. Furthermore, during the liberation struggle, Nigeria was also recognised as a front-line state, because of its ‘open-ended’ contribution and unabashed leadership, against Apartheid. Sonny Okosun’s “Papas Land” and “Fire in Soweto,” also became the International Anthem against white minority rule! Consequently, with our antecedent in the liberation of Africans in South Africa, Nigerians may be horrified at the odious reward of xenophobia for, their sacrifice of love for their fellow African brothers!

Arguably, the relative peace and stability within immigrant communities, in the European Union, is largely due to a common platform of, relatively level opportunities for indigenes as well as immigrants from other EU Countries. Consequently, there is minimal recourse to xenophobia, especially when discipline in the creation of fiat money, sustains below 3 per cent inflation rates, to preserve purchasing power, and stimulate consumer demand, with increasing productivity and more jobs.

Invariably, since human beings will, naturally, migrate to greener pastures; it is necessary that, in order to significantly eliminate the negative products of mass migration in Africa, development and growth, within each country, must fall within similar economic bands to avoid the threat of xenophobic attacks of host economies on immigrants!

Notably, the unemployment rate amongst the 15-24 age groups in South Africa is as high as 55 per cent, while the unemployment rate for the, same age group, average 58.1 per cent in Nigeria. Such high rates of unemployment, clearly deepen poverty and provide a combustible mix which will instigate further threats of xenophobia, particularly, if inflation also spirals closer to 10 per cent to negatively impact the purchasing power of all income earners throughout the continent!