Why we will blow up oil installations again – Ex-militants threaten Buhari, Nigerian govt 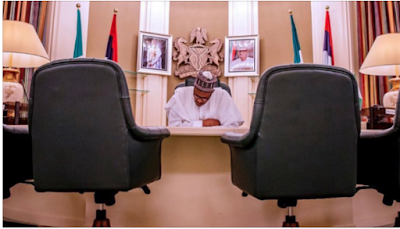 A group of Ex-Militant from the Niger Delta with code name ‘Reformed Niger Delta Avengers (RNDA)’ has again warned of dire consequences if the Federal Government goes ahead to remove the Amnesty Programme Coordinator, Charles Dokubo.

RNDA, in a statement warned that any attempt from any quarter to collaborate with some powerful cabals in the presidency to remove Professor Charles Dokubo, will be met with fierce anger, where oil installations and facilities will bear the brunt of the anger.

The militant group who threatened to cripple the economy once again, said the attempt to replace Dokubo, with one Mr Dennis Otuaro, the younger brother to the Deputy Governor of Delta state, will be met with brutal force.

The statement signed by ‘General’ Johnmark Ezonebi, said the militants after a meeting at the Benin River, had vehemently taken a stand against the speculated gang up to remove the Amnesty coordinator and to be replaced by the younger brother to the Deputy Gov of Delta State, who is a stakeholder of PDP and allied to wanted militant warlord, Government Tompolo.

They argued that it was the RNDA, made up nine militant groups in the creek that accepted the federal government’s ceasefire agreement for peace and worked hard to the eventual emergence of Buhari as President, while the Tompolo, group mobilize and fight against the President Buhari-led APC federal government from inception till date.

The statement said, “Mr Dennis Otuoaro, who is also one of the three apostles of Tompolo that were fighting against president Muhammadu Buhari led APC federal government can not be appointed as the Special Adviser to the President on Niger and the Presidential Amnesty coordinator.

“RNDA want to make it clear that any attempt to remove or to replace the hardworking honest man with a trustworthy track record of integrity would lead to collateral damage on all oil facilities and oil installations.

“We will cripple all the major oil pipelines in the creeks of Niger Delta. Enough of this infighting, blackmail and outright falsehoods against Prof. Charles Dokubo. A word is enough for the wise.

“The RNDA will not fold its hands and watch things deteriorate; as it has come to its notice the desperate moves by the Minister of State for Petroleum Resources, to hijack and hand over the Amnesty office to one of the allies of the former Moribund Niger Delta Avengers NDA group.

The statement further accused the NDA as the brain behind the destruction of oil pipelines and installations in the creek, all in a bid to cripple the President Muhammadu Buhari led APC federal government because their kinsman former President Good Luck Jonathan lost the election.

The RNDA, therefore, called on the President Buhari, not to succumb to the criminal arrangement of those who are plotting to remove Prof Charles Dokubo from the Amnesty office because of their own selfish reasons.