WATCH: Teddy A, Bambam wed in Johnny Drille’s ‘Count on You’ 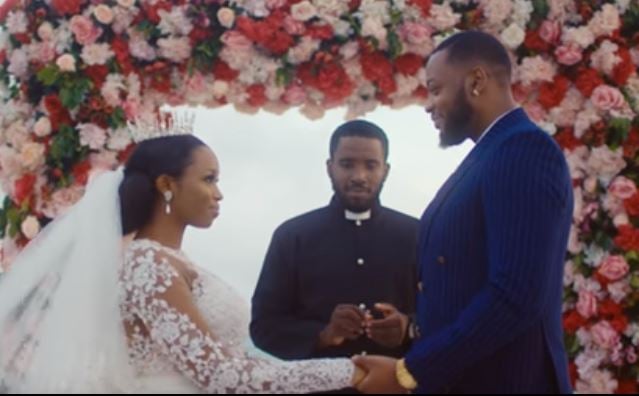 Teddy A and Bambam, two ex-housemates of the BBNaija reality TV show, appeared to have tied the knot in the official visuals for ‘Count on You’, a song by Johnny Drille, Nigerian alternative singer.

Drille, who is signed to Don Jazzy’s Mavin Records, released the video for his love ballad on Friday, less than a week after the housemates kick-started their matrimonial journey in a traditional wedding, which held in Ogun state.

In the visuals, the talented singer seems to be narrating the tale of their love from proposal to wedding.

‘Count on You’ opens with Drille sitting in the solitude of nature and playing his soulful piano and thereafter winds up with the housemates reliving their wedding and romantic moments in line with the singer’s hypnotizing lyrics.


Watch the video below:

‘Count on You’ also sees Teddy A and Bambam, who first met each other in 2018, ride closer to the fame in the music scene on the wings of Drille’s track, following their feature on the ‘Double Wahala’ edition of the Big Brother show.

Drille, whose real name is John Ighodaro, is also a product of reality TV and began his musical career in the church.

He was one of the contestants during the sixth season of Project Fame West Africa in 2013.