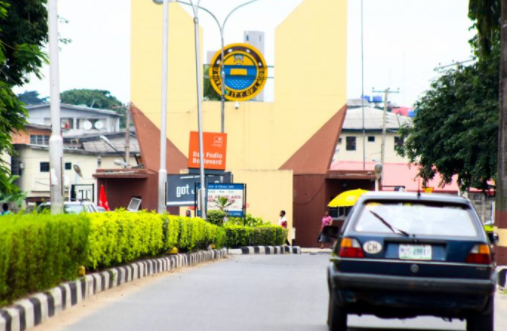 The University of Lagos (UNILAG) has announced the death of Sunday Meshioye, one of its workers, aged 36.

In a statement issued on Friday, the university said the late Meshioye took his life by ingesting a pesticide suspected to be sniper.

The tragedy struck at about the time when a student of the University of Nigeria, Nsukka (UNN) drank a substance believed to be the insecticide in a bid to take her life.

UNILAG noted that until his death, Meshioye was a transport supervisor attached to the department of sociology, faculty of social sciences.


“It is indeed with a heavy heart that the management of the university announces the news of the untimely death of Sunday Meshioye,” it wrote.

“He was received as an emergency case at the Medical Centre of the university on Tuesday Sept. 10, where it was discovered and reported that he had ingested the pesticide, ‘Snipper’.

“He was administered first aid treatment before being conveyed in an ambulance to the Lagos University Teaching Hospital, Idi-Araba.”

It said the deceased, before his untimely death, had been scheduled for a session with the counselling unit of the university.

The university said this was after several reported cases of attempted suicide.

“On Tuesday, the deceased appeared before a panel of enquiry set up in accordance with the extant rules of the university to investigate the cause of fire that gutted a bus in his custody”, the university said.

“His painful decision to end his life came even before the panel had concluded its investigations, as it had only sat once.

“The Vice-Chancellor of the university, Prof. Oluwatoyin Ogundipe, on behalf of the entire university community, commiserates with the family of the deceased and prays that God grant the family the fortitude to bear the loss.”

The vice-chancellor had in a bid to check the rampant cases of suicide among the youth, especially students, decentralised the counselling unit of the institution.

Ogundipe had told NAN that taking the unit to other sections of the university aside the students’ affairs department would facilitate access to counselling.

He said the unit was taken to the faculty of education, college of medicine and other key sections of the university so that students who might be undergoing some form of stress could easily reach out for help by talking to someone.

“Suicide is never the best way out to life’s challenges, seek help, talk to someone about whatever it may be, ” Ogundipe said.

In May, TheCable Lifestyle reported how Chukwuemeka Akachi, a young Nigerian poet and an alumnus of UNN, had taken his own life after penning a suicide note on Facebook.

In that same month, a 22-year-old candidate of the 2019 Unified Tertiary Matriculation Examination (UTME) had attempted suicide over his low scores in the April exam.