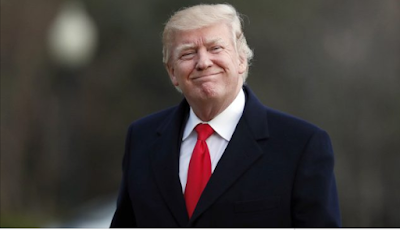 He said that the new sanctions on Tehran would be the highest sanctions ever imposed on a country.

Xinhua reports that Trump disclosed this while speaking to newsmen at the White House.

The latest punishment came two days after Trump revealed in a tweet that he had instructed the Secretary of the Treasury to substantially increase sanctions on Iran.


Washington had accused Iran of being behind Saturday’s drone attacks on oil production facilities in eastern Saudi Arabia, a claim that had been strongly denied by Tehran.

On Monday, President Muhammadu Buhari had said the Federal Republic of Nigeria stands in solidarity with the Kingdom of Saudi Arabia, following drone attacks on the refinery plants at Khurais and Abqaiq.

“We in Nigeria once experienced attacks on our own oil facilities. Those who sought, by doing so, to undermine governments of the day did not succeed then – nor at any time.

“The identities of those who sent the drones to attack the Saudi refineries, and from where, may not yet be known”, the President said.
“Still, these attacks similarly represent economic warfare aimed at damaging a government, but, in reality, always and only damaging innocent citizens’ livelihoods: those with no place, nor cause, to be harmed.

“The attackers of Saudi Arabia will win no friends in the international community for their actions – whoever they may be, and however certain they be in their cause,” the Nigerian leader added.