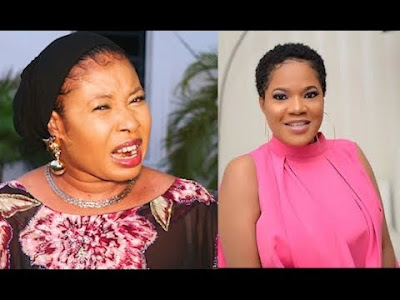 The dispute between Nollywood actress Toyin Abraham and colleague Lizzy Anjorin is not going to rest anytime soon surely.

In the same vein, it was earlier reported that Abraham responded to the defamatory comments made about her by serving her colleague court papers.


The legal notice demanded Anjorin to cease and desist from posting any about Abraham, delete all malicious posts on social media and tender a letter of apology to the aggrieved.

NigerianEye has now sighted a recent video in which Anjorin made some more defamatory claims about her colleague, and repeatedly cursed her.

Anjorin while addressing the rift between the both of them submitted that she had no reason to be envious about Abraham, considering the fact that she had no car or house of her own, but has simply been deceiving people on social media.

She also claimed that the actress, who recently welcomed her baby, put to bed in a traditional home while claiming that she travelled abroad.