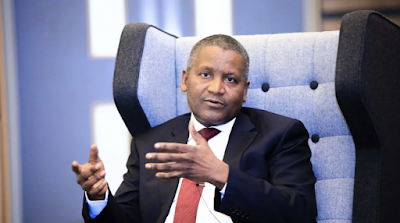 Aliko Dangote, president of Dangote Group, says the recently appointed economic advisory council by President Muhammadu Buhari has the ability to take the country’s economy to the next level.

In a statement released on Thursday by Anthony Chiejina, Dangote’s chief corporate communications officer, the businessman described the council as “tested and respected patriots who are always ready to put the country’s interest first”.

“The constitution of the Economic Advisory Council is a proactive move, by putting together tested and respected patriots, who are independent and always ready to put the country’s interest first and ahead of themselves,” he said, describing the move as a proactive one, which is capable of elevating Nigeria’s economy to greater heights.

Dangote urged the federal government to take advantage of this rare opportunity to strengthen the economy and put the country on the path of growth, job creation and competitiveness.

The president had, on Monday, disbanded the economic management team led by Vice-President Yemi Osinbajo and appointed an economic advisory council with Doyin Salami as the chairman.