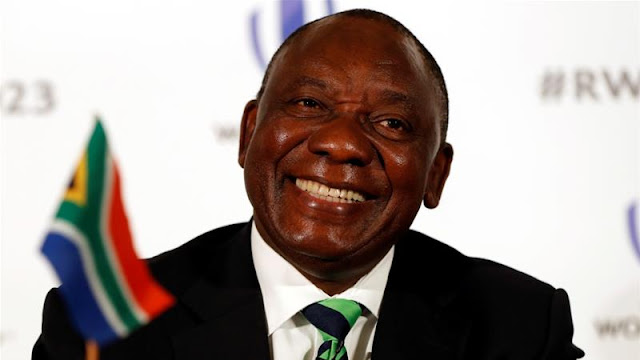 The President of South Africa, Cyril Ramaphosa, was booed on Saturday in Harare, the capital city of Zimbabwe, while delivering a speech at the funeral of Robert Mugabe, a former Zimbabwean President, who died at 95 penultimate Friday.

Following the jeers and whistling from the audience, which interrupted his speech, Ramaphosa apologised for the recent xenophobic attacks in his country.

Nigerians and other foreigners in South Africa had come under a series of xenophobic attacks, about 12 people reportedly killed. Businesses belonging to foreigners were destroyed in and around Johannesburg, South Africa’s largest city.

The incident had compelled the Nigerian government to evacuate 187 of its citizens, in the first batch, while others are billed to return on Sunday.


But speaking on Saturday at the funeral, Ramaphosa said, “I stand before you as a fellow African to express my regret and apologise for what has happened in our country,” after one of the organisers tried to calm the crowd.

His speech was, however, met with cheers and blasts of sound horns from the crowd.

Meanwhile, tweets on the verified Twitter handle of the Presidency, PresidencyZA, on Saturday stated that the President assured the mourners that South Africans were not xenophobic and that his country was making efforts to deal with the causes of the violence.

It reads further, “In his address President Ramaphosa acknowledged the concerns of Zimbabwean nationals and other African diaspora communities in South Africa at recent incidents of public violence in South Africa.