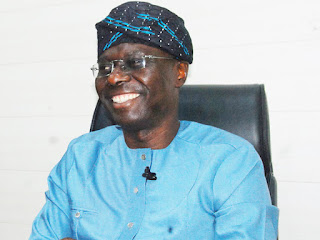 The Peoples Democratic Party in Lagos State says Governor Babajide Sanwo-Olu has nothing to show for his 100 days in office.

The Publicity Secretary of the PDP in Lagos State, Taofik Gani, said this during on Monday.

Gani said the only people who can boast of benefitting from the government of Sanwo-Olu are members of the All Progressives Congress and its leader, Asiwaju Bola Tinubu.


He urged the governor to resign if he could not live up to his campaign promises.

The PDP spokesman said the biggest achievement of Sanwo-Olu was persecuting his predecessor, Akinwunmi Ambode.

He agreed with the report by the Economist Intelligence Unit that ranked Lagos as the world’s most dangerous city to live in.

Gani said since his inauguration on May 29, 2019, the governor had failed to curb the traffic congestion especially in the Apapa area where he had boasted he could solve in less than 60 days.

The PDP publicity secretary said Lagos had become the filthiest city to live in since Sanwo-Olu assumed office.

He said, “Sincerely, we cannot score Governor Sanwo-Olu more than 20 per cent. This implies that his 100 days in office has been nothing but a waste. The only people who are satisfied with his performance are the APC and their leader, Asiwaju Bola Tinubu.

“We are not supporting corruption but the persecution of Ambode is nothing but a vendetta, a deliberate attack on a fellow member of their party which is not even in the interest of Lagosians. They want to use him as an excuse for their failure. But Sanwo-Olu is now the worst governor in the history of the state.

“Lagos has become the most dangerous city to live. This is despite the multiple taxation and the huge debts successive APC governments have incurred. If Sanwo-Olu cannot live up to his promises, he should resign.”