Residents lament as erosion sweeps away 5 houses in Auchi 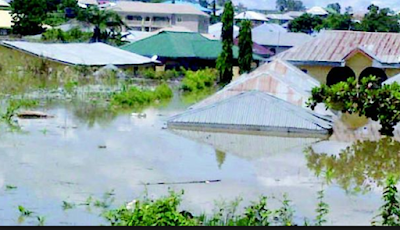 About five buildings have collapsed in Auchi, headquarters of Etsako-West Local Area of Edo, following the erosion created by Saturday’s downpour.

A correspondent of the News Agency of Nigeria, who visited the area on Sunday, reports that several other houses were also on the verge of collapse.

The Ekhei and Water Board areas of the community were worse hit by the ravaging gully erosion which has become an unending nightmare to the residents of Auchi.

The state government had, in 2013, partnered the World Bank to reclaim major gully sites which the council area had been battling with for over two decades.


However, a few years after the completion of the project, several gullies have sprung up in the area which had claimed many buildings.

Some residents, who spoke with NAN, lamented the havoc which had been wreaked in the community and appealed to the state government to move fast to address the situation.

A resident, Mr Sunday Umoru, said that lives and property of members of the community were at stake if urgent steps were not taken to address the problem.

“Many members of the community may soon lose their sources of livelihood if the situation is allowed to deteriorate.

“We are calling on the state government to come to our aid, as our community is being threatened by gully erosion,’’ he said.

Another resident, Mr Francis Ikhirode, said that the erosion was becoming a threat to the community, as their houses were collapsing before their own very eyes.

“We are appealing to government to take urgent steps to avoid more calamities in our community,’’ he said.