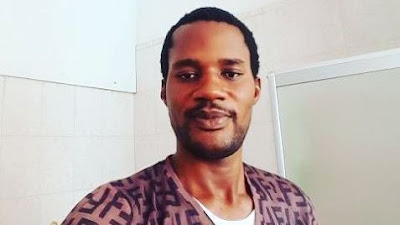 Yoruba filmmaker, Olajide Kazeem, aka, Seun Egbegbe, has spent 30 months in prison custody due to his failure to meet his bail conditions.

The erstwhile Lagos socialist, known for his lavish lifestyle, has been incarcerated since February 10, 2017.

The spokesperson for the Lagos State Command of the Nigerian Correctional Service, Rotimi Oladokun, confirmed on Tuesday.

“It is not our fault. The N5 million bail bond is yet to be paid neither have any sureties come forward,” Mr Oladokun said.


”So this means that anytime his trial comes up, we will take him to the court from the correctional facility. The only difference is that he would have been reporting to court from his home if he had met his bail conditions. So for now, Egbegbe remains in our custody pending fulfillment of bail conditions.”

Background
A Federal High Court in Lagos granted Mr Egbegbe a bail of N5 million with two sureties each in a sum of N2.5 million on February 24, 2017.

Justice Oluremi Oguntoyinbo of the Federal High Court ruled that the filmmaker be granted bail once he meets his bail requirements.

“One of the sureties must be a civil servant who has attained level 16 while the other surety must be a land owner in any part of Lagos metropolis.

”The landowner must submit a Certificate of Ownership of the landed property and while the civil servant must submit his international passport to the court.

“The sureties must swear to an affidavit while the house and office addresses and telephone number will be verified by the court,” the judge ruled then.

Alleged crime
Egbegbe, 43, a controversial figure in Yoruba movie industry, was arraigned by the police for alleged fraud involving N39 million; $90,000 and £12,550.

The police alleged that he fraudulently obtained the money from no fewer than 40 Bureau De Change operators in Lagos over a period of two years – 2015 to 2017.

Mr Egbegbe, who once managed Fuji artiste, Wale Ayinde Tekoma, was said to have allegedly swindled the BDC operators.

He was accused of falsely telling them he had naira to change into foreign currencies and vice versa.

The film-maker alongside his alleged accomplice, Oyekan Ayomide, was arraigned before Justice Oguntoyinbo for 36 counts bordering on advance fee fraud.

Unending legal tussle
The charge sheet was subsequently amended twice, with the counts eventually increased to 40.

Mr Egbegbe’s trial was sometimes slowed down due to the inability of the investigating police officers, who were listed as witnesses, to attend the court proceedings.

His case was again stalled on November 7, 2017, after a judge fined a police prosecutor, Innocent Anyigor, N50,000.

The fine was imposed on him during the previous proceedings after the defence counsel raised an objection as to the competence of a police officer, Godwin Omaka, to testify in the case.

During his heydays, the film-maker financed the production of several Yoruba films under his Ebony Films Productions imprint.

Nigerian actor, Leye Kuti, recently called out his colleagues for abandoning Egbegbe at such a critical time.

The relationship, however, ended in a controversial manner.