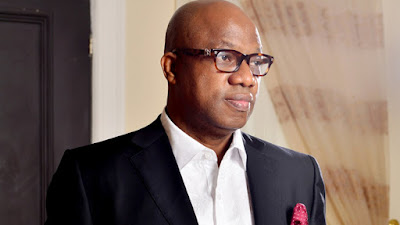 The Ogun State Governor, Prince Dapo Abiodun’s first 100 days in office is being trailed by indigenes of the state with mixed-reactions.

Abiodun’s first 100 days in office was marked on Friday, September 6, amidst pomp and pageantry.

The highlight of events marking the day was the donation of 100 patrol vans and 200 motorcycles to the police in Ogun State. The Inspector-General of Police, Mohammed Adamu, was in Ogun to commission the items.


In the same vein, he gave out loans and acres of land to youths as a way of making agriculture attractive to them.

However, there have been knocks on the governor for what the masses described as his inability to fulfill some important aspects of his campaign promises.

Few days before and after his inauguration, Abiodun was quoted as saying he would commission some projects to mark his first 100 days in office.

Abiodun also promised to commission 60 rural roads across the state; that is three roads in each of the 20 local governments in Ogun.

The governor also promised to make education free in all public schools across the state.

In a statement, the Chief Press Secretary to Gov Abiodun, Kunle Somorin, said the governor’s promises in respect of the 236 schools and hospitals, as well as the 60 rural roads had been fulfilled.

Somorin, after itemising some Abiodun’s achievements within hundred days without having to ground core governance, ended his statement by saying:

“These have been Governor Dapo Abiodun’s efforts to reset governance in Ogun to what techies would call ‘factory setting’ (what it was designed and ought to be) from the personal deplorable tweaking of the immediate past. Interestingly, he has done so without disrupting or having to ground core functions or ‘default setting’, so much that even if 100 Days in Office is reduced to the kind of symbolism ( that is, pomp and pageantry attached to 100 days celebration by commissioning buildings or structures) mentioned in the opening of this piece, he has achieved it too; although more as a side attraction than the main plan. They include: the renovation of 236 primary schools and 236 primary healthcare centres in the state, representing one school in each ward. Three roads per local government have also been repaired.”

But indigenes of Ogun State said Abiodun had failed to deliver on his campaign promises as far as the schools and health centres are concerned.

While some said he had started repairing or palliating roads across the state, others opined that the governor is doing more of road repairs in Ogun East than other zones, especially Ogun West.

Speaking, the Labour Party in Ogun State said, “Dapo Abiodun came into office with tons of promises, that among very many include, rehabilitation of public schools across the State, immediate payment of pensioners, building of health care facilities across the state, renovation of roads, a quick re-addressed positive security in the state; it should be noted that the security situation in the state has become alarmingly worse. These are some of the promises he made at his swearing-in ceremony.”

“He failed woefully in all of these. This his first 100 days in office is a mind-boggling failure. He has logged catalogue of mis-steps depicting serious lack of direction. His govt has been loaded with misdirection; a govt without motion.”

“Till today, he has no Executive Cabinet in place as a result of the puppeteering by the Political Goliaths who manipulated him into office.”

“But he was quick to set up useless and unproductive committees all over the place; borrowed N7bn in his first week in office. Even the most daft in Ogun State knows that Dapo Abiodun and his ‘Ponzi Scheme’ government is a disaster.”

Arabambi spoke further, “In addition to the foregoings, it is sad that some of his very sheepish followers could think that signing OGROMA and MAUSTECH bills into law are achievements. These untenable scores by the stomach-infrastructured elements celebrate distribution of relief materials to flood victims, an invisible palliative work on imagined roads, hoping to revoke the most appreciated legacy project by the citizens, commercially friendly Itoku Adire Mall in Abeokuta and so many other “we shall” on paper claims.

“Should one talk about Dapo Abiodun and his government’s scheme to cause violence across the state by illegally imposing his political yes-men on the elected Transport Executives in the state; the attempt to desecrate the institution of traditional Obas in the State? By and large, the state has been sentenced to a very pitiful governance by evil federal forces. For as long as it takes the judiciary to remove the pretending governor, Ogun State is on auto pilot.”

One Mr Bayo Osiyemi also condemned the alleged cancellation of free education in Ogun State by Abiodun, saying, “It is not cheery at all to have reneged on a campaign promise to provide free education in the state, 100 days after assuming a four-year term as governor. Does that show that the governor did not do his homework well before promising free education during his electioneering campaign?

“Why should the state government go back on its promise to offer free education, the basis on which the education-hungry citizens of Ogun State voted for the APC? Was sufficient home work not done before the promise was freely given during the rancorous electioneering in the state.?”

Concerted efforts to speak with Somorin was not successful. However, calls made to his line timed out, after which he messaged our correspondent to sent him a text.

He is yet to reply to the text message sent to him, neither has he called back, hours before this report was filed.

Meanwhile, the Senior Special Assistant to the governor of Ogun State on New Media, Emmanuel Ojo said, “I can assure you that a practicable step will be taken in order to ensure that our people are not subjected to any form of hardship under Gov Abiodun.”

Also, Ogun State All Progressives Congress Youth League, (APCYL), has applauded Abiodun “over his achievement after clocking 100 days in office.”

Comrade Olamide Lawal, the group Coordinator while addressing journalists in Abeokuta, said ”We are happy that in 100 days, you have proved yourself to be a true administrator and strategist per excellence.

”It is indisputable that you started the process of governance in Ogun state as a true democrat who was desirous of taking the people to the next level of all-round development.”