9:12 AM CuteNaija 3 Latest News in Nigeria 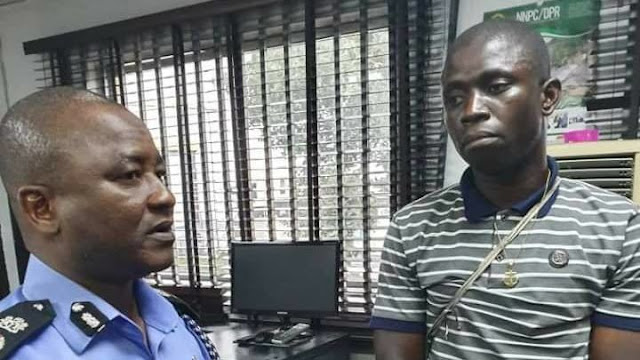 The Police in Rivers State have arrested an ex-militant Gracious David West, 26, alleged to be responsible for the murder of about 13 women.

West was declared wanted by the police on Wedneaday after a Close Circuit Television Camera (CCTV) footage showed he had booked into a hotel with a young woman who was found dead on Tuesday.

It was gathered that the suspect confessed to have killed five women in similar manner in Imo State and seven in Port Harcourt City.

The Nation gathered that he was arrested on Wednesday along East-West Road while he was fleeing to Uyo, the Akwa Ibom State Capital.


A native of Buguma LGA of Rivers State, West was alleged to be a renowned armed robber who was rehabilitated by a church and was assisted to secure a job at the Federal University of Technology, Owerri.

But the suspect was said to have continued his criminal lifestyle and was declared wanted by the Police in June last year. He was said to have been on the run until the CCTV footage exposed him as a member of the syndicate that had been killing women in cold blood.

West, it was gathered, told detectives that he was under a curse from his community and it was responsible for his actions.

Narrating how he strangled his victims, he said: “We were inside the club then we discussed on how much I will pay her. After that we left the club to the hotel at Osas Road. When we got there, they took her up and I said let me look for a way to arrange for food that we will both eat.

“After eating, we slept till the next morning around 5:30am. I brought out a knife. She was unaware there was a knife. So, I told her not to shout that if she does I will use the knife on her.

“Out of fear she kept quite. During that time the television volume was loud. Then I used the wrapper to tie her hands her legs from the back and strangled her with pillow case.”

Confirming his arrest through their official Twitter handle, the police said the suspect was a member of the Degbam cult group, adding that he had made useful statements.

“Investigation is on with a view to ascertaining his motives and possible accomplices. The Commissioner of Police Rivers State, Mustapha Dandaura will be briefing the media on this significant police breakthrough on September 20,” the police said.