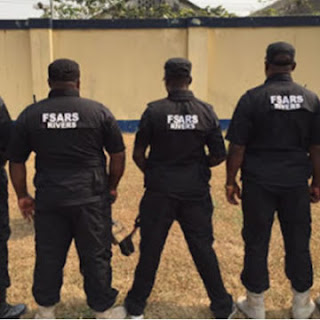 The Lagos State Police Command has arrested four policemen for allegedly extorting money from a software developer whom they accused of Internet fraud.

The police spokesman, Bala Elkana, told newsmen on Sunday that the cops were being interrogated.

He noted that three other civilians suspected to have been involved in the incident were also arrested.

“We have four of them in custody. We have three other civilians arrested as well. Investigation is ongoing,” he added.


The software developer, Toni Astro@toniastro_ had in a series of tweets on Saturday accused the officers of stopping him while he was on a motorcycle.

He noted that the men took him to the Ogudu Area H Command, where he was accused of being an Internet fraudster and subsequently extorted.

The tweets had generated a wave of reactions from many Nigerians, including celebrities and social media influencers who promised to take up the matter.