PHOTOS: Five Nigerian Celebrities Who Have Been To Prison 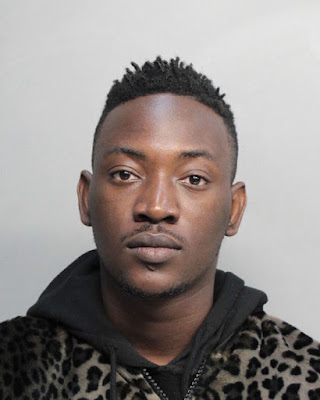 Let’s look at five Nigerian celebrities who have been to prison.

Although Nigerian celebrities have always been seen as role models and screen gods, some of them have been in trouble with the law, While some were ignorant of their crimes others were deliberate.

In 2009, Ibinabo was charged for manslaughter and reckless driving after she accidentally killed a certain Giwa Suraj in 2006. giwa Suraj was a medical doctor of the Lagos State Teaching Hospital.

On March 16, 2016, Ibinabo was sacked as President of the Actors Guild of Nigeria and sentenced to a 5-year jail term by a Federal High Court sitting in Lagos. She was however granted bail in the sum of N2Million and two sureties in like sum.

Lola Margaret
Lola Margaret, born Lola Margaret Oladipupo is a Nigerian actress, film producer and director. Her career came into the limelight after she starred as the lead character in the movie Bisola Alanu.

The actress was reportedly arrested in the USA for fraud. According to reports, the Yoruba actress had suspicious amounts of money wired into her bank account.

She reportedly withdrew the money thereby drawing the attention of detectives. The actress was arrested after a strong surveillance was placed on her bank account.

However, the police took her in for further interrogations. There was no official report on the alleged card fraud by the Atlanta police, but the actress’ mugshot surfaced online. She was later released and deported back to Nigeria.

Uche Odoputa
Uche Odoputa is a Nollywood actor and television personality who has won a number of awards over the course of his acting career.

In 2007, he was also arrested with cocaine at the international airport in Lagos.

According to him, he wasn’t getting any substantial movie roles, and could not afford to feed or house himself and his family. Uche said he was open to the drug trafficking offer because he thought he could drastically change his living conditions.

He said his major regret was letting his family down and allowing his London friends to take advantage of his situation by talking him into the act. In an interview, he said, “The late Amake Igwe paid part of my legal fees, she was always in contact with me and never abandoned me”.

Dammy Krane
Oyindamola Johnson Emmanuel, popularly known as Dammy Krane, is a Nigerian singer, composer and performer. In January 2012, at age 20, he signed a record deal with Hypertek Digital and 960 Music Group. He is most famous for his single hit “My Dear”

In 2017, Dammy Krane was arrested in the US reportedly for grand theft, credit card fraud and identity fraud.

In the days that followed more allegations were reported that he had used a stolen credit card to book a private jet from the company Tap Jets while in Miami.

The company had detected the alleged fraud due to discrepancies in the credit card information he had provided. He was released from jail in Miami after meeting his bail conditions, set at $7,500.

He pleaded not guilty to the charges and demanded a trial by jury. The singer was assigned an attorney and was billed to appear in court on June 23, 2017.

His mother maintained the innocence of her son blaming his troubles on the show promoter that booked his flight ticket.

In August 2017, American courts struck out all charges including credit card forgery, armed conspiracy and grand theft filed against him.

September 16, 2019, He was also arraigned by the Lagos State Police Command on three counts of threat to life, defamation and conduct likely to cause a breach of the peace.

He pleaded not guilty to the charges. The musician was alleged to have threatened the lives of staff members of a betting company, Merrybet Gold Limited, on July 25, 2019, and also released a song in which he accused the firm of a breach of contract.

According to the prosecutor, J. I. Enang, Dammy Krane threatened the betting company by posting an audio and video message on the radio in contravention of Section 168 (d) of the Lagos State Criminal Law.

He was however granted bail in the sum of N50, 000 with one surety in like sum and case adjourned to October 11.

He was born on 10 May 1989. Naira Marley left Nigeria at the age of 11 to Peckham in the United Kingdom. He rose to fame in 2018 with the remix of issa goal which features Olamide and Lil Kesh.

The day after his hit single “I’m I a Yahoo boy” dropped online, Naira Marley and four others were arrested by the Economic and Financial Crimes Commission (EFCC).

He was arrested for alleged money laundering. Marley, known for his single “Issa Goal”, was slammed with 11- count charges. He was granted bail for N2millon with two sureties in like sum.

Shortly after his release, Marley made a live video where he revealed that he has been arrested 24 times when he was still living in England.