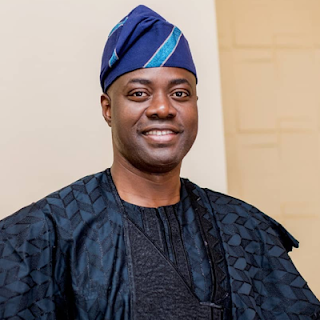 The ruling Peoples Democratic Party and the opposition All Progressives Congress in Oyo State on Monday differed over the tribunal’s judgment which upheld the victory of Governor Seyi Makinde at the March 9 election.

Makinde of the PDP was declared winner by the Independent National Electoral Commission. He polled 515,621 votes to defeat his closest rival, Mr. Bayo Adelabu of the APC who had 357,982 votes.

Adelabu thereafter approached the tribunal and sought a reversal of Makinde’s victory.


But in upholding Makinde’s victory, the Chairman of the three-man tribunal, Justice Muhammed Sirajo, who delivered the unanimous judgment, said the testimonies of the ward and local government agents, called by the petitioners could not be relied upon.

According to the tribunal, the agents were unable to speak the truth and merely relied on what they were told by the polling unit agents.

He said the testimony of an eyewitness must come from the polling unit agents who witnessed all that happened from the beginning to the end during the election.

The tribunal said the petitioners also failed to tender necessary documents that would assist members of the tribunal in proving ballot paper accounting.

He said it was not only the responsibilities of petitioners to tender documents but also to prove that the alleged irregularities in the election substantially affected the outcome of the election.

Sirajo said that the petitioners failed to prove that the respondents were not validly elected by majority of lawful votes.

“The petitioner failed to prove the allegation of non-compliance, non-accreditation, over voting and corrupt practices that would warrant the tribunal to nullify the election,“ he said.

Expectedly, the state Chairman of the PDP, Alhaji Kunmi Mustapha, congratulated Makinde, for his resounding victory at the tribunal.

Mustapha in a statement released by the Publicity Secretary of the party in the state, Mr Akeem Olatunji, said the judiciary should be commended for upholding the wishes of the people as demonstrated by the pattern of voting in the last gubernatorial election by declaring Makinde as the winner.

According to the party, the state governorship election petitions tribunal, by its landmark ruling, had helped to restore hope to Nigerians that “judgment is not for sale.”

Mustapha saluted the judges for putting honesty, justice and fear of God above any other considerations to carry out their professional callings.

But the opposition APC through a statement by its state Publicity Secretary, Dr Abdulazeez Olatunde referred the tribunal ruling to its team of legal experts for necessary recommendation “which the party hopes to follow appropriately.”

Oyo APC thanked its members for being law abiding and assured them to await the next line of action, in due course.