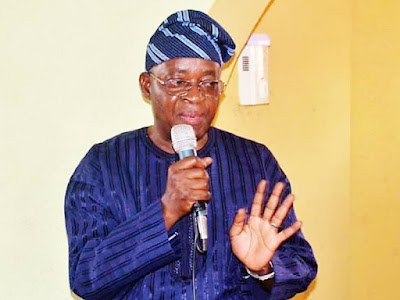 A statement signed by the Head of Service, Festus O. Oyebade, said Governor, Adegboyega Oyetola, has approved that civil servants who violet the rules of the service should be disengaged from the service.

It said: “Due to paucity of fund in the state and the attendant huge wage bill of public servant between 2013 and 2015, the immediate past administration in the state engaged the leadership of the labour movement in the state on the way forward.

“Thereafter a staff audit committee was inaugurated to carry out staff audit with a view to ensuring that the public service was rid of ghost workers.

“Thereafter the state engaged the services of captain consulting firm to carry out certificate verification exercise of all public servant in year 2015. The firm submitted its report and it was accepted and approved for implementation by the immediate past administration.

“However, when the new administration came on board in November 2018 the leadership of the organized labour movement in the state appealed passionately to the government to have a rethink on the implementation of the report.

“After much pressure from the labour movement, the governor approved the Constitution of a 5-member committee to further examine the report and make appropriate recommendation in line with extant public service rules and regulations.

“The committee having critically examined the report of the consultant recommended that some public officers who were earlier indicted by the report especially those in the union cadre be left off the hook in view of peculiar administrative exigencies which the Governor graciously approved.

“Consequently, agencies of government through their various boards and Commissions have been directed to implement forthwith the aspect of the report as it affect their services.

“Copies of the report have been dispatched to the appropriate Commissions, boards, councils and management for immediate implementation.”