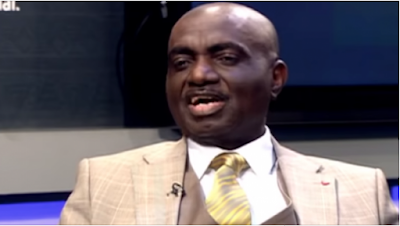 On Wednesday, Geoffrey Onyeama, minister of foreign affairs, announced that the federal government had recalled Bala over the recent xenophobic attacks.

But speaking on LUNCHTIME Politics, a Channels Television programme, Adama said he believes there is nothing as such.

He said the high commissioner is currently waiting to receive an envoy from Nigeria.

“And I believe there is none of that because I was just in touch with the high commissioner a few minutes ago. We are always speaking at very short notices to be able to appraise the situation because we are getting information from the field at every time and we share this information.

He said a number of Nigerian businesses were affected during the attacks, disclosing that a list is being compiled to know the extent of the damage and those affected.

“We have a number of Nigerian businesses that have been affected. I’ve been able to go to these places and there’s this particular street called Jules street and this street is in Jeppestown, a town at the outskirt of Johannesburg,” he said.

“A number of car shops…Nigerians own a lot of cars on that street. A lot were burnt and we are compiling the list. They have turned in information about those that were affected and the compilation is on because my minister has asked that he needs a comprehensive list of that which I believe by today will get to him.”

Asked if the situation is under control, he said: “On the state of things, the atmosphere in South Africa is calm, even though there is general apprehension but most of the Nigerians, we have created a communication centres where they are calling in and asking of the situation and we have been assuring them that there is safety, for now, there haven’t been any real challenges since Tuesday.

“Even today, there was supposed to be an incident in an area but the police mobilised. Since Tuesday, we have not had any and people are moving around, shops are beginning to open even in areas where the development took place.”