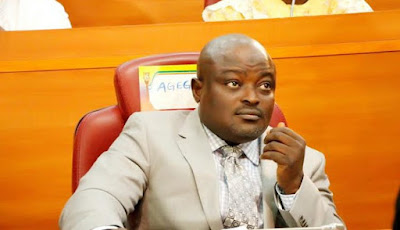 The Speaker, Lagos State House of Assembly, Mr Mudashiru Obasa, said making the country great should be collaborative efforts of the government at all levels and the people.

Obasa stated this in Lagos on Monday to felicitate with Nigerians on the forthcoming 59th Independence Anniversary celebration on Oct. 1.

The speaker advised Nigerians not to relent in collaborating with government at all levels to develop the country and ensure its return to greatness.

“I am convinced that we are on the way to regaining our lost glory. Nigeria is on the road to greatness and we as government will continue to work toward returning the country back to greatness.


“However I want to reiterate the fact that government alone cannot achieve our aim of making the country great without the support, cooperation and prayers of our people.

“Making Nigeria great should be collaborative efforts between the government and the governed.

“If we’re both united in our efforts and complement each other, Nigeria will bounce back to glory, ‘’ he said in a statement.

Obasa, who is the Chairman, Conference of Speakers of State Legislatures of Nigeria, explained that one way Nigerians could collaborate with government was in the area of fighting crimes.

He said doing this, the people should be vigilant at all times, saying that Nigerians should cooperate with security agencies by giving information about suspicious people and individuals.

Obasa said parents should monitor their children on the kind of people they move and relate with, saying that they must not allow their children to be used to cause confusion, chaos and violence in the society.

He assured Nigerians that the government at all levels would continue to work toward improving their welfare and enhance their standard of living.

The speaker said on behalf of his colleagues in the Lagos State House of Assembly, he wished Nigerians Happy Independence Day Anniversary.