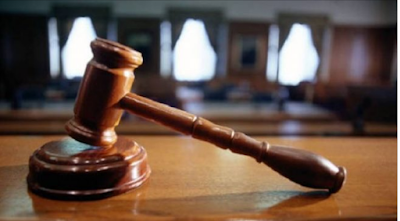 The Process & Industrial Development (P&ID), an Irish engineering firm, says the Nigerian government is detaining and coercing false testimonies from its associates to implicate the company and label it a fraud.

It said this in a statement on Thursday published on its blog.

Earlier, in a statement on Wednesday, the company said it will identify and seize Nigeria’s assets abroad because the Buhari administration has shown it is unwilling to negotiate the $9.6 billion judgement debt.

This was before a judgement of a federal high court in Abuja which ordered the forfeiture of P&ID assets to the federal government on Thursday.

Two directors of the firm pleaded guilty to a 10-count charge of economic sabotage and money laundering brought against them by the government.

The company accused the government of using the Economic and Financial Crimes Commission (EFCC) to carry out targeted campaign of detentions aimed at individuals associated with P&ID.

“The detentions are illegal, and appear to be aimed at coercing false testimony to support Nigeria’s claim that P&ID’s award is a fraud,” it said.

“Nigeria’s Attorney General Abubakar Malami has acknowledged that his aim is to provoke global opposition against P&ID, by undertaking these attacks. P&ID calls on the Government of Nigeria to accept its responsibilities under the law, and to cease the unlawful detentions.”

The company had claimed it entered a contract to build a gas processing plant in Calabar, Cross River state, with the Nigerian government in 2010, but that the deal collapsed because the government did not fulfil its own end of the bargain.

It then sued Nigeria at the British court, and secured a $6.6 billion judgement – the sum of which has accumulated to $9.6 billion – in its favour.