New iPhones to share limelight as Apple steps up services 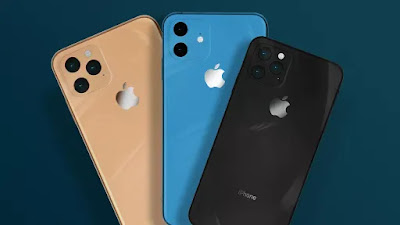 Along with its new iPhones, Apple is stepping up on content and services for its devices for its big media event Tuesday.

Apple was expected to introduce three upgraded iPhones and a successor to its more affordable iPhone XR as it looks to hold its share of the premium smartphone market where prices are hovering around $1,000.

But services, subscriptions and online content will likely share the stage with the company’s glitzy hardware as Apple seeks to shift its focus away from a smartphone market which is showing little growth.

“I think it is going to be the first year the event is going to also be about services,” Creative Strategies analyst Carolina Milanesi said.


“We might get to see what Apple looks like as a company when they are talking about services and hardware as one product.”

Richard Windsor of research firm Radio Free Mobile said Apple is coasting on the iPhone because of its strong quality but is not likely to see strong growth from either hardware or services.

“There is not much upside because services revenue will take years to reach a scale where it can really move the needle company-wide,” Windsor said.

“Unfortunately, the market wants fireworks from Apple on cue every year meaning that no growth will dampen share price performance.”

Apple recently released a smartphone-generation credit card in the US and is keen to launch its TV+ streaming service before Disney goes live with a rival service in November.

They unveiled streaming video plans along with news and game subscription offerings as part of an effort to shift its focus to digital content and services to break free of its reliance on iPhone sales.

The company also plans to launch a new game subscription service called Apple Arcade by the end of this year.

Apple managed to grow its overall revenues, albeit by a modest one per cent, to $53.8 billion, even as iPhone revenues plunged nearly 12 per cent in the April-June period.

The company delivered strong growth from digital content and services that include its Apple Pay and Apple Music, along with wearables and accessories like the Apple Watch and Air Pods.

Some of those accessories could also get upgrades on Tuesday.

Analysts warn that Apple still faces challenges as rivals chip away at the smartphone market, in which the iPhone’s share is less than 12 per cent.

As the iPhone maker refines its handsets, other makers are pushing into new areas such as 5G devices and folding smartphones.

Wedbush Securities analyst Dan Ives said in a note to investors that he expected a “trifecta of iPhone 11s” that will help the company “put a fence around” its user base.

About a third of the 900 million iPhone users around the world are in an upgrade “window,” meaning a strong potential for handset sales, according to Ives.

“While China remains a wild card, we are bullish into Apple’s future” in the coming year, Ives said.

International Data Corporation forecast that this will remain a challenging year for iPhone sales, mostly due to a mature market and lack of handsets tailored for budding 5G telecom networks.

IDC expected Apple to hit the market with 5G iPhones next year, and have an edge due to a better understanding of the market.

China accounts for about 17 per cent of Apple sales overall, and has tremendous room for growth, according to Techsponential analyst Avi Greengart.

The trade war between the US and China has complicated Apple’s effort to gain ground in that market, where gains by local titan Huawei have come partly at the California-based company’s expense.

“Apple needs Chinese consumers to treat the iPhone as a preferred premium brand at a tricky geopolitical moment,” Greengart said.