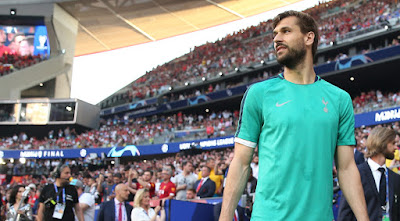 Napoli have signed Fernando Llorente on a free transfer after the Spaniard’s two-year spell at Tottenham came to an end, the Serie A club announced on Monday.

The club did not say how long the 34-year-old striker’s contract was for, although Italian media reported he had signed a two-year deal.

It will be the second time he has played in Italy, after a successful two-year spell with Juventus from 2013, playing a key role in two Serie A title triumphs and reaching the 2015 Champions League final, where he came on as a late second-half substitute in the 3-1 loss to Barcelona.


Llorente’s time at Tottenham did not go to plan, as he served as back-up to Harry Kane and managed only two goals in 36 Premier League games.

He did, however, score 11 times in cup competitions, including crucial Champions League strikes against Manchester City and Borussia Dortmund last season as Spurs reached the final.