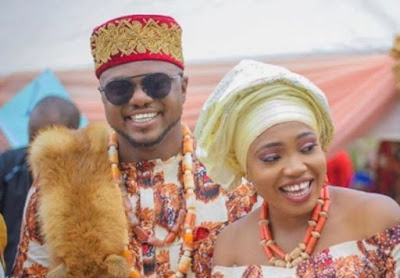 When we reached out to her, Onyi said she was going to get back to our correspondent to tell her own side of the story, adding that she wasn’t ready to talk.

However, in a new development, the estranged wife of the actress opened up.

According to her: “I cannot talk now but all I can say is that there was no child before the Marriage of after it, they just want to soil my name, I swear on my unborn children that I don’t have any child.


I have really suffered, I currently live in the Village because there is nowhere else to go…Since the wedding night until he moved out, Ken did not touch me and I have only just found out on the Internet the reason why. He never touched me at all”

According to her, their marriage ended on their wedding night.

She said Ken told her he didn’t want to be married and that he was a man alone and didn’t need a woman. Ken and Onyin dated for only one month before they married, she has never seen him naked before. The day she took his mother’s advice and tried to seduce him to sleep with her, she was physically assaulted.

Sadly, the actor is yet to react to these allegations.