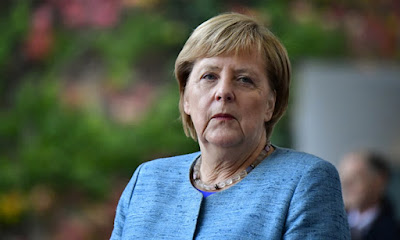 German Chancellor, Angela Merkel, in China on Saturday called climate protection a global problem and urged the Asian power to take up more responsibility for challenges facing the international community.

Speaking to Chinese students at Huazhong University in the city of Wuhan, Merkel emphasised that climate change is caused by all, and that is why everyone should take care of it.

Given the size and economic power of China, the international community needs an important contribution from it, Merkel asserted.


She questioned whether China remains a developing country, given the pace of its modernisation, and said it will be expected to take on greater international responsibilities in the coming years.

In the face of globalisation, Merkel stressed that joint rules are indispensable.

Multilateral action, not protectionism, for example in trade, was needed.

“After all, protectionism harms us all,’’ the German chancellor said.

Merkel also emphasised China’s role as a permanent member of the United Nations Security Council, telling the students that this means China has a responsibility to work towards a peaceful solution of global flashpoints, including the Iran nuclear conflict and China’s own territorial dispute with neighbours over the South China Sea.

In Europe, this was viewed as a bad idea because people had sovereignty over their private data, she told the students.

The topic would remain a key ethical discussion in coming years, she said.

The social credit system, currently being implemented by China, is a means of systematically evaluating the economic and social creditworthiness – including social and political views – of individuals and businesses.

Johannes Vogel, a parliamentarian from the Free Democrats and deputy head of a parliamentary committee on Germany-China relations, warned that the social credit system could also lead to China gathering information on employees of German companies in the country.

Merkel, who is in China with a large business delegation, also planned to visit a car supply company, which is partly German-owned later Saturday.

Topics included the trade dispute between China and the U.S. and the unrest in Hong Kong.

Li also played down the controversy over China’s social credit system, saying it would be used to uncover criminal behaviour.

The chancellor expressed her hope that the trade dispute can be ended quickly because it was spreading to other parts of the global market.

Merkel also campaigned for the “rights and freedoms” of the Hong Kong people during her visit to China.

Li said that Beijing supports the Hong Kong government in ending the “chaos” within the framework of the law.

Li added that Chinese people had the wisdom to handle the protests on the basis of law.

Li said that Beijing adheres to the principle of “one country, two systems’’ governing Hong Kong, which as a Special Administrative Region, enjoys a high degree of autonomy under a deal signed with former colonial power Britain.

He did not respond directly to a question about possible Chinese military intervention in Hong Kong.

Merkel is on her 12th trip to China, which wraps up Saturday.

She is due to fly back to Berlin late in the day.