Life is harder if you’re a girl, Bill Gates laments 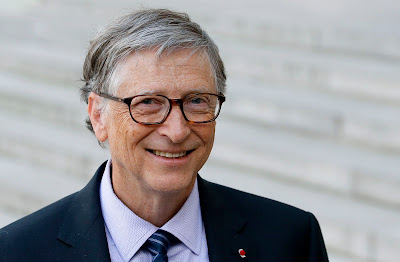 The Bill & Melinda Gates Foundation today launched its third annual Goalkeepers Data Report, which concluded that, no matter where anyone is born, life is harder for the girl child.

The report noted that despite gains in female educational attainment, opportunities for girls are still limited by social norms, discriminatory laws and policies, and gender-based violence.

“Where you’re born is still the biggest predictor of your future, and no matter where you’re born, life is harder if you’re a girl,” the report stated.


It states, in part: “Even in the worst-off parts of low- and low-middle-income countries, more than 99 percent of communities have seen an improvement in child mortality and schooling.

“Yet despite this progress, persistent gaps in opportunity mean that nearly half a billion people — about one in 15 — still do not have access to basic health and education.

“Gaps between countries, districts, and boys and girls prove that the world’s investments in development aren’t reaching everyone.”

Using new sub-national data, the report uncovers the vast inequalities within countries that are masked by averages.

“Despite gains in female educational attainment, opportunities for girls are limited by social norms, discriminatory laws and policies, and gender-based violence,” Gates laments.

Continuing, it states, “As we write, billions of people are projected to miss the targets that we all agreed represent a decent life,” Bill and Melinda Gates write in the Goalkeepers Data Report, “Examining Inequality 2019,” which they co-authored.

To address persistent inequality, Bill and Melinda Gates are calling for a new approach to development, targeting the poorest people in the countries and districts that need to make up the most ground.

“Governments should prioritize primary health care to deliver a health system that works for the poorest, digital governance to ensure that governments are responsive to their least-empowered citizens, and more support for farmers to help them adapt to climate change’s worst effects,” it states.

Bill and Melinda Gates will produce a Goalkeepers Data Report every year through 2030, timing it to the annual gathering of world leaders in New York City for the U.N. General Assembly.

The report is designed to track progress in achieving the Global Goals, highlight examples of success, and inspire leaders around the world to accelerate their efforts.

The goal is to identify both what’s working and where we’re falling short.

As in past years, in conjunction with the report, Bill and Melinda Gates will co-host the third annual Goalkeepers events in New York City during the U.N. General Assembly, convening global leaders to celebrate progress in global health and development and highlight the critical importance of closing the global inequality gap to achieve the Global Goals.