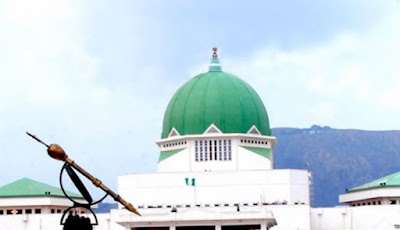 The Senate has described the legal action by some civil society groups against its plan to buy official cars for members, as an effort in futility.

The spokesperson for the Senate, Adedayo Adeyeye, stated this on Sunday night while reacting to the alleged N5.5bn earmarked for the purchase of the exotic cars on Channels Television

The Socio-Economic Rights and Accountability Project, BudgIT, Enough is Enough and 6,721 concerned Nigerians have filed a lawsuit against the Senate leadership.

They are asking the Federal High Court to “restrain, prevent and stop the National Assembly Service Commission from paying or releasing the sum of N5.550bn budgeted for the purchase of luxury cars for principal members of the ninth Senate.


They are also asking the Court to restrain and stop the Senate from collecting the money until the downward review of the amount proposed by the Senate.

But Adeyeye, who dismissed the report of the N5.5bn cars for lawmakers, said the amount would only be legal if budgeted by the National Assembly for such purpose.

The Senator said he was not aware of any plan to purchase vehicles for the lawmakers with such a huge amount.

“So why will people be relying on rumour and newspaper reports? I wouldn’t know and in any case, if the Senate is going to spend that (amount); if it is budgeted for, then it means it is purely legal.”

He lamented the public outcry against the development in the Senate, noting that it’s a norm for the three tiers of government.

“Directors of agencies, even minor officials in agencies use official cars. So why will the National Assembly be different?

“Why should it be a problem that the National Assembly is entitled to cars, to use official cars?”

He wondered why the purchase of cars for senators was viewed from a negative perspective.
Adeyeye said he could not imagine himself in a vehicle used by a former member.

He said, “Some of the vehicles they bought four years ago were no longer serviceable while others have probably been sold to their users.

“The mischief-makers should desist from attempting to destroy the National Assembly because doing so would amount to destroying the nation’s democratic process,” he added.

The lawsuit, filed by Kolawole Oluwadare and supported by an affidavit of urgency, was marked  FHC/L/CS/1511/2019 and  filed on Friday at the Federal High Court, Ikoyi Lagos.

The plaintiffs argued that,  “Spending a huge sum of N5.550 billion to buy luxury cars for principal members of the ninth Senate is unjust and unfair.”

They said,  “It negates the constitutional oath of office made by members to perform their functions in the interest of the well-being and prosperity of Nigeria and its citizens, as contained in the Seventh Schedule of the 1999 Nigerian Constitution (as amended).”

The plaintiffs further argued that, “the proposed spending by the 9th Senate raises pertinent questions: What is the economic value and contribution of the vehicles sought to be purchased to the grand scheme of Nigeria’s economy?

“What are the parameters used to arrive at cost efficiency and value for money in the decision to purchase the vehicles? Where are the vehicles purchased by the eighth Senate?”

The 6,721 concerned Nigerians who joined the suit as co-plaintiffs with SERAP, BudgIT and EiE include: Bring Back Our Girls’ co-conveners, Oby Ezekwesili and Aisha Yesufu; Jibrin Ibrahim; Edetaen Ojo; Abiola Akiyode-Afolabi, and Deji Adeyanju.

The plaintiffs said, “The failure or refusal by the Senate to comply with legal and constitutional provisions is nothing but an act of arbitrariness.