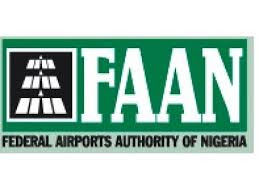 The Federal Airports Authority of Nigeria has said that airports in the country are ready to accommodate the expected increase in passenger traffic due to the partial closure of the Lagos-Ibadan expressway.

Mrs Henrietta Yakubu, General Manager, Corporate Affairs, FAAN, gave the assurance in an interview with News Agency of Nigeria on Tuesday in Lagos.

NAN reports that the Federal Government, had on September 2, partially closed the road connecting Lagos, Nigeria’s commercial capital, to other parts of the country to continue its construction.

The situation, which had led to gridlock on the ever-busy road, is expected to increase the demand for air travels, especially for business-minded persons.


“You will recall that the Federal Government had earlier planned to close the Lagos-Ibadan expressway before the last Sallah break, but the date was shifted forward.

“The extension gave us ample time to properly prepare for the expected increase in passenger traffic.

“At Ibadan airport, we have already put our facilities in very good shape to absorb the expected surge in passenger traffic.

“From our processes to procedures and security architecture, the airport is fully ready to play host to any surge in passenger traffic,’’ the FAAN official said.

She said FAAN had also put measures in place to ease passenger movements across airports in the country, adding that the safety and comfort of travellers remained the priority of the agency.

Earlier, Mr Kingsley Ezenwa, the Communications Manager, Dana Air, had told NAN that there had been a surge in passenger traffic which might not be connected to the partial closure of the Lagos-Ibadan expressway.

“It’s a partial closure, so we can’t say if it’s going to have a direct impact. For now, there is an upsurge and we have the capacity to manage it,” Ezenwa said.

However, a NAN correspondent, who visited the Murtala Muhammed Airport 2 and the General Aviation Terminal (GAT), observed that airfares on the domestic route had shot up in the past few weeks.

A travel agent, Mr Chukwuka Nnaji, told NAN that several factors contributed to the increase in the airfares.

“The airlines have been experiencing scarcity of aviation fuel which affects their operations.

“This can lead to flight delays or cancellations, so travellers are willing to pay the high fares as long as their flights are guaranteed.

“Also, with the closure of the Enugu Airport, passengers going to Asaba and Port Harcourt have increased because they are being used as alternatives by airlines and this also makes their fares to go up,’’ he said.