Jacques Chirac, ex-French president who opposed US war in Iraq is dead 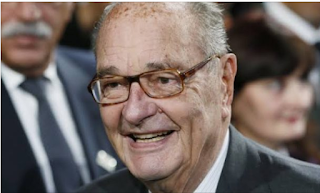 Frederic Salat-Baroux, Chirac’s son-in-law, confirmed the death of the former president on Thursday.

“President Jacques Chirac died this morning surrounded by his family, peacefully,” he said.

As French president, he angered the United States with his public opposition to the 2003 war in Iraq.

Chirac was convicted of corruption in 2011 after he lost immunity from prosecution.

In recent years, he suffered from memory loss and was rarely seen in public.

A minute’s silence was held in his honour at the French national assembly.