Imo bans use of polythene bags for waste disposal

1:14 AM CuteNaija 0 Latest News in Nigeria 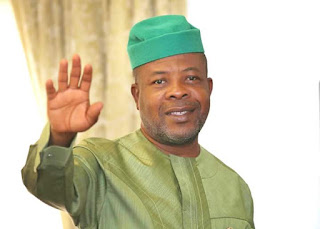 Imo State government has banned the use of polythene bags to dispose refuse in the state, reiterating its determination to restore the state to its premier position as the cleanest and most beautiful state in the country through sustained aggressive environmental sanitation exercise.

The Chairman of the State Sanitation Committee and former governor of the state Chief Ikedi Ohakim disclosed this shortly after monitoring this month’s state environmental sanitation exercise within the Owerri capital city and its environs, jointly with officials of the State Environmental Transformation Commission (ENTRACO) led by the General Manager, Alex Emeziem.

He said that the use of Polythene bags to dispose refuse has been banned in the state with immediate effect.

“From now henceforth nobody is allowed to use polythene bags in this state to dispose refuse and anybody who dumps refuse in unauthorized places will henceforth be sanctioned accordingly,” he warned.

He warned road site/street traders to relocate to markets or be prepared to face the full weight of the law established in this regard.

Ohakim said that his committee had already desilted 16,000 K/m of roads with drainages previously blocked by refuse cleared of such refuse

The former governor commended Governor Emeka Ihedioha for providing new engineering dumpsites in the three senatorial zones of Owerri, Okigwe and Orlu and enjoined the residents in the state to make maximum use of the facilities.

Also speaking, the ENTRACO boss, Alex Emezie disclosed that the state government had acquired new equipment and trucks and would soon come up with the policy of door to door system which would later be evacuated by trucks to stem the ugly tide of environmental degradation in the state.

Emezie, a former member of the state House of Assembly added that his commission had divided the state into 12 zones and would also engage some qualified vendors that would pick waste materials in any part of the state and dump them at designated sites.

“By next week, we will finish the selection of vendors who will be collecting refuse in the state from the zones created so that if there are any lapses, we will know who to hold responsible,” he added.