If you have any evidence I stole money, expose me now - Yari 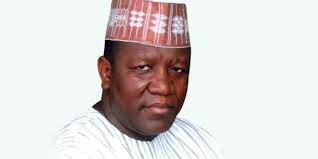 A former Governor of Zamfara State, Alhaji Abdulaziz Yari, has challenged anybody who knew when he stole Zamfara money to expose him.

Yari made this statement today at his residence in Talata-Mafara, when the state All Progressives Congress members visited him after his return from Saudi Arabia.

Yari described the attempts by some people to allegedly smear his reputation as a waste of time.

Yari urged the members of the APC to continue to exercise patience as the Almighty God would reward them for their efforts.


In their various speeches, the chairman of the party, Lawal Kaura, and other stakeholders, assured the former governor of their continued support and loyalty.

The former governor also received some members of the party who earlier defected to the PDP, congratulating them for their decision to come back.