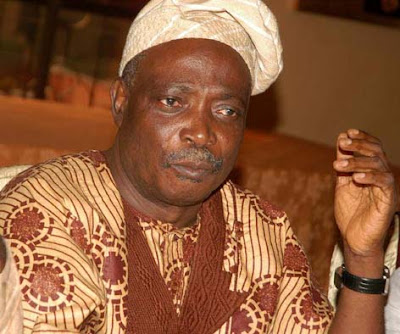 Rashidi Ladoja, former governor of Oyo state, says he was impeached in 2006 because he told former President Olusegun Obasanjo that he was not qualified for a third term in office.

Elected in 2003 under the platform of the People Democratic Party (PDP), the former governor was impeached in January 2006, reinstated in December 2006 and his term ended in 2007.

In an interview with PUNCH to commemorate his 75th birthday anniversary, Ladoja said Obasanjo was angered by his words.

“I have said it many times that 13 of Baba and (Otunba Christopher) Alao-Akala couldn’t have impeached me. The rule of impeachment is that you must have a two-third majority in the House of Assembly and I knew there was no way I could have less than one-third,” he said.


“It opened the way for selfish people who just wanted money and there were so many negotiations, but there was one (thing) that actually made the impeachment possible, it was (Chief Olusegun) Obasanjo’s third term agenda.

“Obasanjo knew there was no way I would be around and the House of Assembly would pass an amendment to the constitution, allowing a third term for the President. That was why Ladoja had to go.

“And I also made a mistake, maybe it was a mistake or maybe it wasn’t. I knew Obasanjo before I became Oyo State governor. I used to visit him in Ota after he left government and we were very close, so when I heard about third term agenda, I told Baba if it was true and he asked who told me. I said does it really matter who told me? I said it’s a question of whether it’s true. He said it was not true and I said thank God.

“And I said ‘Baba, I would have said maybe you don’t know God. I said God made it possible for you to be President for eight years and this is a Presidency you were not qualified for.’ He said, ‘not qualified, am I not a Nigerian or was I not of age’? I said ‘no, Baba, you know that in a democratic regime, presidency is meant for politicians and you are not a politician, they came to call you.

“I said there was a time you asked me what (Shehu Musa) Yar’Adua was looking for in government (and) what did he forget in the Government House? Secondly, with the presidential system of government, you must have lots of your own money for election. You just came out of prison and had no money. And with all those minuses, God said you would be the President for eight years, let God be the one who would decide the next president.’ He said ‘thank you very much, I appreciate it.’

“He knew I told him the truth and I was convinced I told him the truth. At the end of it, he also said he didn’t even ask for a third term, which is not true. He did. So when I got home in the evening, the then Ogun State Governor, Gbenga Daniel, called and asked what I came to Ota to discuss with Obasanjo. I said I discussed the third term agenda with him. He said ‘oh God, you have pinched Baba on his sore, Baba said he would turn you to a nobody.’ I said ‘if God allows him’.”

Ladoja was succeeded as Oyo state governor by Adebayo Alao-Akala